Mushrooms are fleshy, edible fungi that are a low-calorie food and a good source of Vitamin B. Shiitake, porcini and chanterelle are some types of mushrooms. The edibility of mushroom depends on the absence of poisonous effects on humans and the desirable taste and aroma. 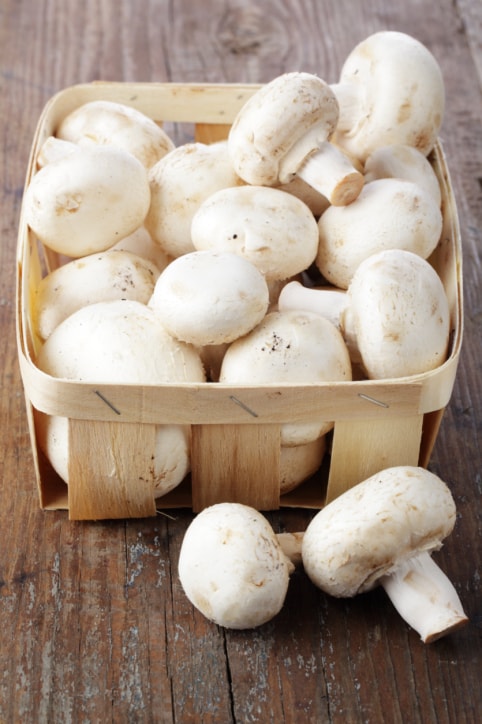 Mushrooms are fleshy, edible fungi that are a low-calorie food and a good source of Vitamin B. Shiitake, porcini and chanterelle are some types of mushrooms. The edibility of mushroom depends on the absence of poisonous effects on humans and the desirable taste and aroma. They are somewhat meaty in flavor and taste and are also a great source of Vitamin D.

The use of edible mushrooms is since hundred years BC in China, where they were used for its medicinal value as well as for food. They can be purchased fresh or dried and preserved.

Mushroom powder, made from dried button mushrooms is popularly used as a flavoring agent in soups, stews, dips and sauces.

Since mushrooms already contain so much water, they do not require any soaking.

Though its medicinal value has not yet been acknowledged by science it is traditionally used in Japan, Korea and China for radial treatments and chemotherapy.

1. They do not contain cholesterol or fat but the fibers and enzymes present in them help lower cholesterol levels.
2. Due to its high protein content, mushrooms help maintain cholesterol levels and so protect against cardiovascular diseases like stroke and heart attack.
3. They are very good for diabetic patients as they have no fat, no cholesterol, and very low level of carbohydrates but high protein content.
4. Some compounds that are present in mushrooms are responsible for proper functioning of the liver and pancreas.
5. They contain various polysaccharides that have anti carcinogenic effect. Mushrooms are therefore helpful in preventing breast and prostate cancer.
6. Mushrooms are a good source of iron and are hence suggested for a good diet incase of anemia.
7. Being a good source of Vitamin C and D it is good for bone health and a good metabolism.
8. A powerful antioxidant called Ergothioneine that is present in mushrooms, protects the body from free radicals and boosts the immune system.
9. Shiitake mushrooms can fight tumors, white mushrooms are very good for weight loss and maitake mushrooms are very good breast cancer preventives.

The Romans called mushrooms "food of the gods," and served them on festive occasions. They were thought to provide warriors with unusual strength.