Here are 11 best paneer recipes. Indulge in the ever so versatile, humble and an all-time favorite ingredient we all grew up with - paneer. 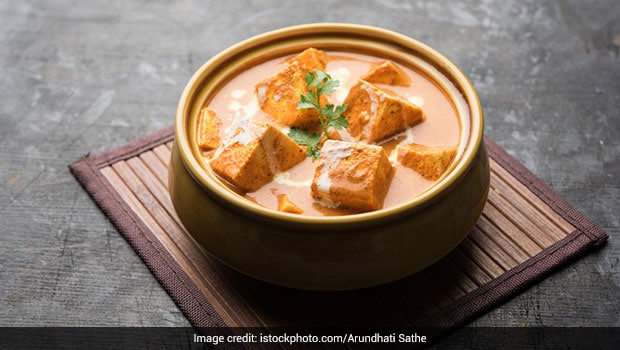 Paneer recipes you can try at home.

Easy Paneer Recipes- Indulge in the ever so versatile, humble and an all-time favourite ingredient we all grew up with - paneer. Paneer is a type of fresh cheese common in South Asian cuisine. It's a special favuorite with North Indians, and in eastern parts of the Indian Subcontinent where it is generally referred to as chhena. Paneer is a type of fresh cheese that can be easily made at home. Since it is made with milk, it is naturally loaded with calcium. All you need are three ingredients - milk, lemon juice or vinegar, and a pinch of salt. When you mix the milk and lemon juice, the acidity in the lime causes the milk to separate into curds and whey. Strain the curds and you will get fresh, homemade paneer. Paneer or cottage cheese can be used to make a number of dishes.

With it's delicate milky flavour, paneer can be used in curries or served grilled as a side like the famous Paneer Tikkas from Punjab. In Bengal fresh paneer or chhena is used to make some of the much-loved desserts like rasgulla, rasmalai, chenna murki and many more. If you're buying paneer from the market, remember that you will find two varieties - hard and soft. Though the soft one is preferred by many, one must remember soft cottage cheese stays fresh for a lesser duration as compared to the hard one. Soft cottage cheese is great for salads while the hard one can be used to make snacks or in curries.

Here are our 11 best paneer recipes that will bring back warm memories and tickle your taste buds:

With a dessert as healthy as this you don't have to worry about the weighing scale tipping to the wrong side. A guilt free sandesh made with paneer, no sugar and only organic fruits. No more fretting over healthy, vegetarian dessert with this guilt-free, mouth-watering dessert!

Paneer cubes wrapped in an exciting flavor combination. Marinated with sesame seeds and yogurt, baked perfect and served with onion rings. This is a great starter dish for your next dinner party. Pair with a chutney of your choice and you have set the table to feast on!

Til-E-Paneer is a sumptuous appetizer to feast on. Image credits: iStock

A little black pepper magic is enough to make a recipe deviate from the usual. This paneer recipe is a fragrant curry brightened by black pepper. It has paneer chunks in a luscious creamy gravy with mild spices and black pepper. Serve with steamed rice or any Indian bread to have a wholesome meal. You can cxclude the cream if you want to make it low fat.

Promoted
Listen to the latest songs, only on JioSaavn.com
(Hindi Recipe and Video: How to make Soya Chaap Curry)

Dum Paneer Kali Mirch is a delicious yet different dish to cook for a dinner party! Image credits: iStock

This one is the winner on the table. Koftas never fail to entertain friends and family. Small rounds made with paneer and stuffed with aromatic goodness of raisins and khoya along with various spices, deep fried and simmering hot, doused in a deep, rich gravy. Tastes great with a hot crisp naan or a roti.

The real crowd pleaser! Desi flavours of cottage cheese, tomatoes, dried fenugreek, and cashew nuts dominate the dish. Paneer bhurji can also be cooked for a light brunch or as a side dish for dinner.

Paneer Bhurji can be paired with chapati but it tastes delicious as is too! Image credits: iStock

A delicious Indian dessert, Malpuas are popular, pancake like Indian dessert from North India which is usually prepared on festivals and special occasions. This version of malpua is made with paneer and khoya. This paneer Malpua is not only tasty but also a healthy dessert. Sugar syrup adds to a wonderful taste.

Quite popular in Rajasthan, Uttar Pradesh and parts of West Bengal, each has its own version of preparing Malpuas.

Rejoice paneer lovers as you can relish a sumptuous biryani at home. Image credits: iStock

Give the good old paneer tikka a new makeover. Here's an interesting recipe, paneer and vegetables are imbued with aromatic herbs and spices, wrapped in a besan mixture. It also boasts of the goodness of mushrooms in this paneer recipe!

Multani Paneer Tikka is great to add as an appetizer to your dinner party menu! Image credits: iStock

Throw in a little creativity and rustle up something new. Jammed with chutney and nuts, paneer pinwheels are baked with an aromatic butter crust. With inventive twists, this recipe is worth the effort.

Impress your family and friends with this exclusive paneer recipe. Image credits: iStock

This fiery dish often ordered at restaurants can now be re-created at home. Paneer, spices, tomatoes, and chillies tossed together and served with ajwain rotis. This dish boasts of a myriad of spices and healthy ajwain rotis.

A delicious and rich butter based paneer dish, cooked in a creamy, milk gravy with the goodness of tomato and onion. Perfect for dinner parties, this paneer recipe is a very popular one with an aroma that will instantly palpitate your taste buds.

Succulent paneer chunks pan fried in butter and simmered with spices, milk and cream along with cashew nuts to makes a delicious dish to feast on!​ Photo Credits - NDTV Beeps.
Most paneer recipes are quick and easy and go extremely well with rotis, naan or parathas. The best part is - paneer dishes are also creamy and delicious. Go on and try all of these to impress your friends and family.