Bananas, Pain Killers Do the Trick for World's Oldest Man 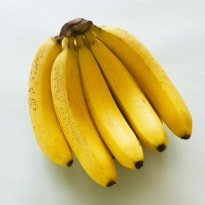 A US drug company said Friday it was considering a banana-flavored version of its pain reliever after the world's oldest man attributed his longevity to the fruit and the drug.

He succeeded Japan's Jiroemon Kimura, who died on June 12 at the age of 116. According to Guinness, Sanchez-Blazquez is currently the only male born in 1901 with proof of birth.

From his birthplace in Spain, he moved at 17 to Cuba, where he worked on sugar plantations, before arriving in the United States via the iconic immigration center on Ellis Island in 1920.

After working as a miner in Kentucky, he eventually settled in the Niagara area, close to the border with Canada.

In a statement, he said he believed he had lived to such an old age thanks to a daily dose of a banana and six tablets of Anacin, a branded pain-reliever that includes aspirin and caffeine.

Promoted
Listen to the latest songs, only on JioSaavn.com
That naturally delighted Anacin's manufacturer Insight Pharmaceuticals.

Comments"Our scientists had never looked into the banana before. But now that the certified oldest man in the world credits bananas and Anacin as his life-extending combo, we're certainly going to explore whether a new 'Bananacin' product makes sense."