McDonald's to Add More Than 1,000 Outlets in China 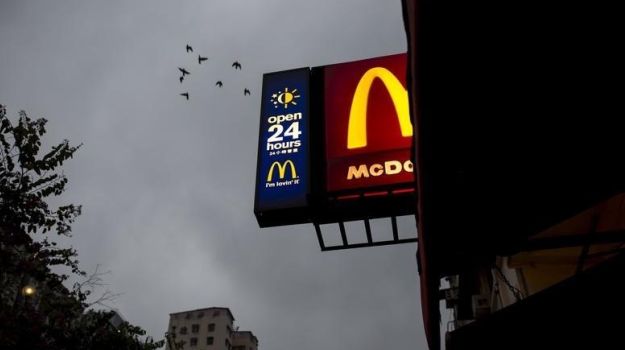 McDonald's Corp plans to add more than 1,000 restaurants in China over the next five years, which would make it the company's second-largest market after the United States.

The company said it would open 250 restaurants per year in China, where it currently operates more than 2,200 outlets, as it focuses on high-growth markets to boost sales.

McDonald's said it would add another 250 outlets in Hong Kong and South Korea over the same period and was seeking franchise partners in the all three markets, where it now has more than 2,800 restaurants.

China, Hong Kong and South Korea, along with other high-growth markets such as Russia, accounted for nearly a quarter of McDonald's total sales in 2015.

McDonald's, which converted about 470 company-owned restaurants to franchises last year, plans to franchise 95 percent of its outlets worldwide in the long-term.

More than 80 percent of its 36,000-plus restaurants are currently operated by franchisees. Oak Brook, Illinois-based McDonald's said it was looking for partners who would "enable localized decisions on growth initiatives" in China, Hong Kong and South Korea.

McDonald's and rival Yum Brands Inc, the owner of KFC and Pizza Hut, have been facing increasing competition from cheaper local rivals, particularly in China, where they are trying to recover from food safety scares. China, which is home to the third largest number of McDonald's restaurants, is Yum's biggest market.

Sales took a hit after Chinese regulators launched a probe into a local meat supplier in 2014 for allegedly mixing meat beyond its expiration date with fresh meat. McDonald's will have to focus on winning back public support and tailoring its food to local flavors, while preserving some of its Western appeal, Friend said. "It's a difficult balance."

A Reuters analysis of same-store sales data suggests McDonald's is recovering faster than Yum in China. Researchers and consumers said there's no simple answer to explain why one is faring better than the other, but the scandals seem to have stuck to KFC much more than McDonald's in consumers' minds.

McDonald's shares, which have risen about 29 percent in the past year, rose to a record high of $126.94 in morning trading on Thursday.