McDonald's to Open in Vietnam 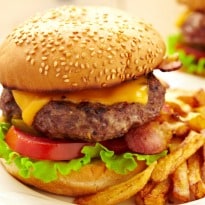 McDonald's said Tuesday it would launch its first restaurant in communist Vietnam next year after granting a franchise to the son-in-law of Prime Minister Nguyen Tan Dung.

"As we grow our presence in the Asia region, we are looking for partners with a blend of strong business acumen and a unique understanding of our brand," said Dave Hoffmann, president of McDonald's Asia Pacific, Middle East and Africa region.

The son-in-law, also known as Nguyen Bao Hoang, flipped burgers for McDonald's while growing up in America -- where his family fled in 1975 at the end of the US-Vietnam war -- but returned to his native country over a decade ago and now works at IDG Ventures Vietnam, a venture capital group.

"I have dreamed of one day opening a McDonald's restaurant in my native country ever since my return to Vietnam more than a decade ago," Henry Nguyen said in a statement.

Fast food giants such as KFC, Burger King, Subway and Pizza Hut already have restaurants in Vietnam alongside dozens of local chains.

In February Starbucks opened its first store in Ho Chi Minh City. It has proved highly popular with young Vietnamese who form long queues to get Western-style lattes and frappes.

Promoted
Listen to the latest songs, only on JioSaavn.com
The entry of McDonald's into the Vietnamese market highlights the attractiveness of the roughly 90 million population and rapidly expanding middle class, despite the country's current economic slowdown and lingering banking crisis.

Although US food and drinks -- including other iconic brands such as Coca-Cola - were available in South Vietnam until the end of the war, the companies pulled out after the communist victory which paved the way for the unification of the country in 1975.

CommentsCoca-Cola re-entered the Vietnamese market after "Doi Moi" economic liberalisation and normalisation of ties with the US in the 1990s, although the company is currently subject locally to a consumer boycott over alleged tax avoidance.