White Turmeric: How It Is Different From Yellow Turmeric And Its Health Benefits

White turmeric or zedoary is also an ancient spice, which is a rare sight in India that mostly grows regular yellow haldi. In most cases, it has been replaced with similar looking ginger 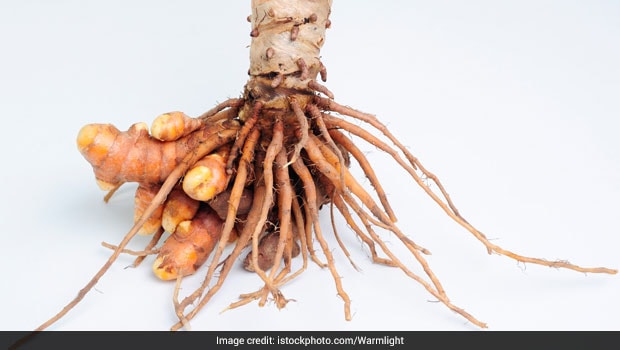 Highlights
Turmeric is an ancient spice used in most Indian kitchens to add a yellow hue to the curries and vegetables and even rice. However, turmeric is more than just a condiment; it is known for its many health benefits, thanks to a compound called curcumin found in it, which is known to promote good health. You may have been using yellow turmeric for various purposes, but did you know that white haldi also exists? White turmeric or zedoary is also an ancient spice, which is a rare sight in India that mostly grows regular yellow haldi. In most cases, it has been replaced with similar looking ginger that is used widely in Indian dishes.

Scientifically known as curcuma zedoaria, this root is a rhizome that has brown skin and a bright orange and hard interior. Although, it belongs to the turmeric family, it smells like mango and turmeric, which is why it also known as amba haldi in many Indian languages. It is generally sold as a powder, or dried and even sliced with a gray surface and a yellow to gray-white interior. It looks a lot like ginger.

Scientifically known as curcuma zedoaria, this root is a rhizome that has brown skin​

How is white turmeric used?

Generally, in the Indian kitchen, white haldi is used fresh or it is even pickled. It is used as a dried spice in Indonesia, where it is often used as an ingredient in curry powder, especially for seafood dishes.

According to Delhi based Nutritionist Lokendra Tomar, "White haldi is rarely used, but is considered to be healthy, much like yellow turmeric. It has anti-inflammatory and anti-microbial properties that keep you from any digestive or respiratory issues." Here are some of the benefits of white haldi that will compel you to add more of it in your diet.

White turmeric can be used to resolve digestive problems​

White turmeric has anti-inflammatory properties that help combat inflammation, especially for people suffering from arthritis. In fact, it also treats wounds and other skin ailments. It reduces pain, thanks to curcumenol, a compound obtained from this rhizome.

Due to the presence of various antioxidants, it inhibits the growth of free radicals, which destroy body cells causing further harm. The compound curcumin acts as an anti-allergen, further preventing release of chemicals that initiate allergic reactions.

The compound curcumin acts as an anti-allergen​

Promoted
Listen to the latest songs, only on JioSaavn.com
4. May strengthen respiratory system

Respiratory problems are generally caused by fluids like phlegm and mucus build-up in the lungs and other areas of the body. Mucus and phlegm block the nasal passages and that leads to breathing difficulties and other respiratory disorders like asthma, cough and cold.

CommentsSo, if you haven't already made white haldi a part of your spice cabinet, may be it is time. Go ahead and use more of it in pickles or infuse it in your tea or add it as a spice in your curries.