Antioxidants May Give a Boost to Cancer Cells, Study Suggests 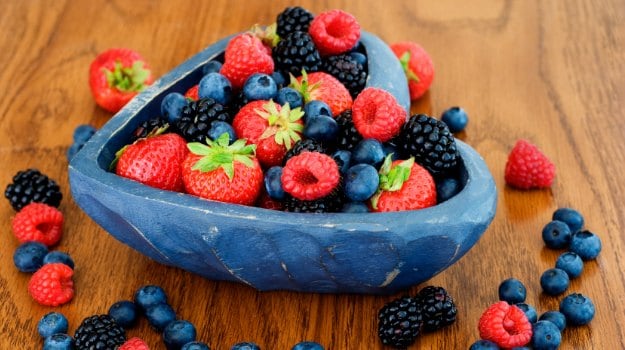 Since the term "antioxidants" made the leap from the realm of biochemistry labs and into the public consciousness in the 1990s, Americans have come to believe that more is better when it comes to consuming the substance that comes in things like acai berries, green tea and leafy veggies. A provocative new study published Wednesday in the journal Nature raises important questions about that assumption.

Antioxidants - which include vitamins C and E and beta-carotene, and are contained in thousands of foods - are thought to protect cells from damage by acting as defenders against something called "free radicals" which the body produces as a part of metabolism or that can enter through the environment. That's all great for normal cells. But what researchers at the University of Texas Southwestern Medical Center found is that antioxidants can work their magic on cancerous cells, too - turbo-charging the process by which they grow and spread.

Researcher Sean Morrison and his colleagues conducted experiments on mice that had been transplanted with skin cancer cells (melanoma) from human patients. They gave nothing to one group. To the other they gave doses of N-acetylcysteine (NAC) which is a common antioxidant that's used in nutritional and bodybuilding supplements and has been used as a treatment for patients with HIV/AIDS and in some children with certain genetic disorders. The results were alarming: Those in the second group had markedly higher levels of cancer cells in their blood, grew more tumors and the tumors were larger and more widespread than in the second.

"What we're starting to learn is that there can be bad cells from cancer that appear to benefit more from antioxidants than normal cells," he said in an interview. Morrison, director of the Children's Medical Center Research Institute at UT Southwestern, explained that it has to do with something called oxidative stress. Scientists have known for a while now that cancer metastasis - especially when it involves spreading a great distance to another part of the body - is a very inefficient process and that many cells die along the way. This is likely due to oxidative stress, which is an inability by the body to counteract the harmful effect of free radicals. When antioxidants supplements are given, the paper hypothesizes, they may give new life to those cancerous cells that are on the edge of dying.

Morrison said that previous studies have shown that the progression of metastasis of human melanoma cells in mice is predictive of their metastasis in humans, which raises concerns about the use of dietary antioxidants by patients with cancer. Moreover, melanoma may not be the only type of cancer to be impacted this way. A similar study conducted at Vanderbilt University and published in PLoS One in 2012 involving mice with prostate cancer also showed that antioxidants appeared to increase the proliferation of cells in the pre-cancerous lesions.

CommentsMorrison said that further study needs to be done to confirm the findings and that cancer patients should still consume antioxidants as part of a healthy diet. But, he added, "personally, from the results we've seen, I would avoid supplementing my diet with large amounts of antioxidants if I had cancer." Over the past 20 years, numerous studies were launched to ascertain the effect of antioxidants on other conditions ranging from heart disease to memory loss. Early results have mostly been mixed, but that hasn't stopped food companies from hyping their disease-fighting abilities.