Can You Really Get Dementia in Your 30s or 40s? 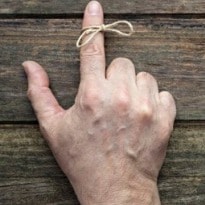 If you've watched a parent or grandparent go through the unforgiving torment of dementia, or visited relatives in a care home where other residents have the disease, you may associate it mainly with the frail and elderly.

But new figures show early onset dementia affects far more people in the UK than had previously been thought - with the increase attributed not to a greater prevalence of illness but the fact that younger people may either be too frightened to seek help, or are turned away or misdiagnosed when they do. Thousands of those affected are in their 40s and more than 700 are in their 30s.

"People are reluctant to go to their GP because they're afraid of what might happen," explains George McNamara, head of policy at the Alzheimer's Society. "These are people who've got families and mortgages to pay. The stigma which still exists around dementia can mean they may have to give up working unnecessarily because of a lack of understanding about the condition. Accessing things like travel insurance might become difficult. People with dementia tell us they often lose friends."

The research, from a major new study by the Alzheimer's Society, the London School of Economics and the Institute of Psychiatry, estimates that 42,000 people in the UK develop dementia under the age of 65 - double what was previously thought.

Doctors may suggest that a condition such as depression or stress may be the cause of symptoms, or simply give no diagnosis at all, McNamara says, and that can have a huge impact on patients. The Alzheimer's Society hopes increasing evidence of the numbers with early onset dementia will be a wake-up call to clinicians. "Plucking up the courage to go the GP is a very big deal and for that not to be taken forward can be quite a big blow," he says. "If you get told it's not dementia it would be very difficult to go back again."