How to Avoid Vitamin D Deficiency 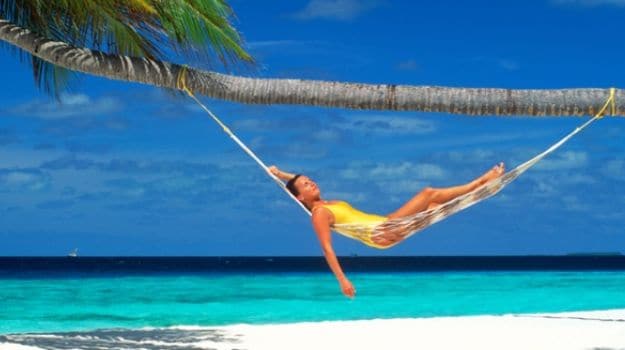 Low levels of vitamin D have been linked to cancer, heart disease, diabetes, dementia and arthritis, as well as childhood illnesses. So is sunshine and oily fish enough – or should you take supplements?

Vitamin D, the so-called sunshine vitamin, is rarely out of the news. Take the past fortnight: a study published in the American Journal of Clinical Oncology found that people with low levels of vitamin D died or relapsed earlier from a type of non-Hodgkin lymphoma. The University of Florida showed that taking vitamin D supplements reduces pain and improves function in obese people with osteoarthritis. Conversely, Finnish scientists established that exercise reduces injury from falls in septuagenarian women significantly more than vitamin D supplements do.

Vitamin D deficiency has been inconclusively linked to numerous conditions, including breast, bowel, lung and prostate cancers, heart disease, type 2 diabetes, dementia and rheumatoid arthritis. In fact, research on the topic was recently described by a Harvard medical professor as “the wild, wild west”. Amid the fog of conflicting studies, the big news story that doctors in the UK were expecting last month has been postponed until after the election. The government’s Scientific Advisory Committee on Nutrition (SACN) was due to release its first report on vitamin D since 2007. The consensus is that the volume and ever-changing nature of the research to be waded through has rendered their job almost impossible, although some believe that this most recent delay (not the first) is political – perhaps an expensive mass supplementation programme is on the cards.

Vitamin D is essential for calcium absorption, and some people in the northern hemisphere aren’t getting enough sun exposure to produce what they need, or aren’t supplementing levels sufficiently through diet (oily fish is one of the best sources). But we still don’t know the true scale of the problem. Meanwhile, the affluent worried well are already merrily popping vitamin D capsules as a lifestyle choice. Even if you’re not deficient, the standard daily supplement dose (400iu for children, 1,000iu for adults) is unlikely to do you any harm – although it can be toxic in vast amounts. Whether or not you’re wasting time and money is harder to tell.

Without having an expensive blood test, it is impossible to know what your vitamin D levels are. All you can do is make a guess based on your age, sun exposure, skin colour and diet. Even if you do know what your vitamin D levels are, few experts can agree on what is deficient, optimum or too much. “We know that below a blood level of, say, 30nmol/litre, there is a high risk of rickets and its adult equivalent, osteomalacia,” says Kay-Tee Khaw, of the University of Cambridge’s department of public health and primary care. “Everyone agrees on that, and if you have low levels you should supplement.” The debate comes at middling levels, between 30 and 100nmol/litre.

One academic expert in this area, who prefers not to be named, says he chose not to supplement his children because he prefers to focus on a healthy diet and lifestyle. He likens the rise in vitamin D supplementation to the recently debunked “magic supplement” status of antioxidants.

Sport may be one area where unnecessary supplementation is rife. Vitamin D levels below 30nmol/litre cause muscle weakness. Khaw says: “30-50nmol/litre is probably a bit below optimum, which is where most of us are, and some people think that you should be above 50.” The question is, she says: “If you go from 50 to 100, is that better for your muscles? That is very controversial. There is not much good evidence that going above deficiency is better for your muscles.”

Government advice is that pregnant and breastfeeding women, the over-65s and children from six months to five years old should take vitamin D supplements. However, although prescriptions are free for these groups, vitamins often aren’t included because they’re not classed as a drug. Dr Benjamin Jacobs, a consultant paediatrician at the Royal National orthopaedic hospital in London, warns that supplements and information are failing to reach those with the greatest need.

“A baby is born perfectly well, and nobody would suspect any problems, until one day it starts to have convulsions,” he says, describing a rare condition resulting from vitamin D deficiency that he has seen many times. The child is rushed by ambulance to A&E, “blue, unconscious and jerking”. After tests are carried out, a diagnosis of hypocalcemic convulsions is made, and swift treatment with vitamin D and calcium should be the end of the episode – but if diagnosis and treatment come too late, the child could be left with brain damage. UK estimates put incidences of hypocalcemic convulsions at 3.15 children in a million, but anecdotal reports suggest the condition is on the rise. It is most common in boys, and in children with south Asian or black ethnicity.

Rickets is a more common childhood illness resulting from severe vitamin D deficiency, and the Lancet last year estimated that cases have been increasing since 2000. Though, as a Royal College of Pediatrics report points out: “There are gaps in research about the definition, incidence and prevalence of deficiency, and whether it is a growing problem.” It also says research is needed to “elucidate the contribution that incidental sun exposure has on vitamin D production for different skin types in the UK”. The college has just started the first national rickets survey since 1945, and will report back in a year.

Meanwhile, health professionals such as Jacobs are calling for government advice on supplementation to be updated. “Babies who have been treated according to the national policy are suffering hypocalcemic convulsions because they are only two or four months old when this happens,” he says. The US and some Nordic countries add vitamin D to milk, but so far the UK government hasn’t found enough evidence to justify universal supplementation. But it is anyone’s guess what the SACN will announce after the election. Jacobs, for one, is “waiting with bated breath”.