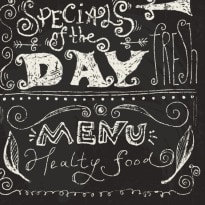 "People have come to expect low-calorie food to taste bad or not fill them up," wrote Jeffrey Parker, of Georgia State University, and Donald Lehmann, of Columbia University.

The findings suggest a need to present calorie information in menus in a different way to encourage diners to select less fattening items, according to the study, scheduled for publication in the August issue of the Journal of Consumer Research.

Ordering at restaurants often requires a "narrowing down" decision-making process, the study authors said. When all low-cal options are grouped together, restaurants make it easier for people to dismiss that category early in the decision process, they suggested.

In online experiments, participants were asked to order food from menus similar to those in popular chain restaurants. Some of the volunteers were shown additional menus that organized selections in food-type categories and provided no calorie information.

"When a menu is calorie posted but not calorie organized, it is less likely that the caloric-content of the dishes will be used as an initial filter for eliminating large portions of the menu," the study authors wrote in a journal news release.

The Academy of Nutrition and Dietetics offers tips for dining out.

Listen to the latest songs, only on JioSaavn.com
© 2014 HealthDay