Obesity May Up Migraine Risk 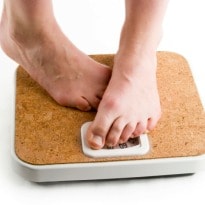 Being overweight may increase a person's risk of suffering from migraines, a new study has
warned.

Obese people are 81 per cent more likely to have episodic migraines as compared to those of normal weight, researchers found. Episodic migraines, defined as 14 or fewer migraine headaches per month, are more common than chronic migraines which occur at least 15 days per month.

US researchers found that people who get occasional migraines are more likely to be obese than people who do not have migraines. "Previous studies have shown a link between people with chronic migraine and obesity, but the research has been conflicting on whether that link existed for those with less frequent attacks," said study author B Lee Peterlin, of Johns
Hopkins University School of Medicine in Baltimore.

"As obesity is a risk factor that can potentially be modified and since some medications for migraine can lead to weight gain or loss, this is important information for people with migraine and their doctors," Peterlin said. For the study, 3,862 people with an average age of 47 filled out surveys with information on height, weight and migraines.

Comments The study was published in Neurology, the medical journal of the American Academy of Neurology.