TV Viewing a Cause for Obesity? 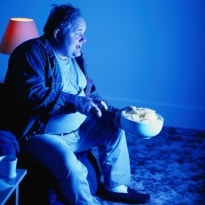 Talking about foundation of lifestyle behaviours being established as early as pre-school, a study found that nearly half of obese children ate dinner in front of the TV more than three times a week.

The study, led by Louise Hardy, from the University of Sydney School of Public Health, also showed not many parents realise their children have a weight problem.

The study of more than 1,200 children aged up to five years found almost a third of obese children had a TV in their bedrooms, the journal Preventive Medicine reported.

More than 60 percent of both healthy and overweight children were rewarded for good behaviour with sweets, while more than one-fifth of overweight and obese children did not eat breakfast, according to a Sydney statement.

Comments The researchers concluded that the foundation for many lifestyle behaviours is already established by the time children enter school.