Parents tend to celebrate their children's victory by rewarding them with post-game sweets or snacks that are full of calories. The amount of calories is usually much more than the kids actually burn while playing in the game. 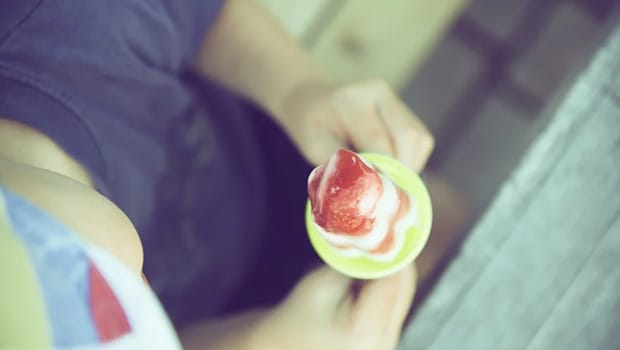 Children are mostly rewarded with snacks that are high in calories.

Parenting plays a crucial role in children's development - mental, behavioural as well as physical. Most of the parents adopt a reward-based system to encourage growth of their kids. And, most of the times the reward is that of sweet treats or high-fat snacks. A new study snubs this behaviour followed by parents across the globe. The study suggests that children should be discouraged from expecting rewards with sugar-laden treats, at least after performing well in sports.

The findings of the study that were published in the American Journal of Health Behavior, claims that post-game treats can have a negative impact on children's health. Parents tend to celebrate their children's victory by rewarding them with post-game sweets or snacks that are full of calories. The amount of calories is usually much more than the kids actually burn while playing in the game.
Study senior author Lori Spruance from Brigham Young University in the US, said, "Kids are getting inundated with snack culture all the time -- celebrations at school, at birthday parties and youth sports games, we don't need to load children up with sugar after a game too."

For the study, the team of researchers kept a close look on children studying in 3rd and 4th grades, who played 189 games of soccer, flag football, baseball and softball. The team examined the physical activity of the children and also observed the amount of treats they consumed afterwards. They discovered that 80 per cent of the time, it was the parents who gave post-game snacks, sweets and drinks to their kids, and almost 90 per cent of them were sugar-sweetened.

The average energy spent by children during sports was 170 calories per game while the average caloric intake from post-game snacks was 213 calories.

"So many kids are at games just to get their treat afterwards, which really isn't helping to develop healthy habits long term," Spruance added.