Julia Butters was none the wiser, as she carried her own Turkey sandwich to counter the offerings by the Oscars 2020 committee at the event. 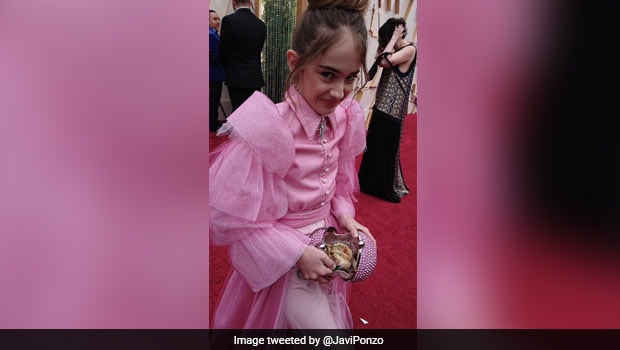 Julia Butters carried her own Turkey sandwich to the Oscars 2020 ceremony.

The 92nd Academy Awards were a star-studded affair with some of the biggest names in the industry coming forth to attend the biggest award ceremony of Hollywood. Among the long line of A-lister invitees, there was one particular young girl who caught our attention. 'Once Upon A Time In Hollywood' actress Julia Butters, who is all of ten years old, was one of the youngest members of the fraternity present at the Oscars 2020. The reason she has been going viral is because of a photograph of her, captured on the red carpet, with the contents of her bag clearly visible. Julia wore a pink dress with a tiny matching handbag, and inside the bag was a turkey sandwich in a ziploc bag!

The young actress carried her own food to counter the offerings by the Oscars 2020 committee. Julia Butters was asked by Variety magazine on what's in her bag, and she hinted at a smile before showing the camera her nicely packed turkey sandwich. "Sometimes the food here is not for me. Let's just say that," she said.

Her instagram stories on her official account managed by her parents revealed the making of the sandwich, which Butters told Variety was a 'collab' with her mother. The picture of her showing the turkey sandwich went viral on social media, with many people calling her a 'legend' and appreciating her 'swag'. People related to her honest confession, and many admitted to doing the same in movie theatres too! Take a look at the reactions:

I have a new hero. #Oscars2020#juliabutterspic.twitter.com/KBNv8NnXQW

Me sneaking snacks into the movie theater..... #JuliaButterspic.twitter.com/JOsSv66Wks

The Oscars 2020 featured an extensive menu comprising vegan goodies and even different kinds of popcorn. However, Julia Butters chose to pack for herself a little snack. We all don't get to attend red carpet events often, but when it comes to carrying our own food to an event where we're unsure of what we'll be served, we all could take notes from Julia Butters!