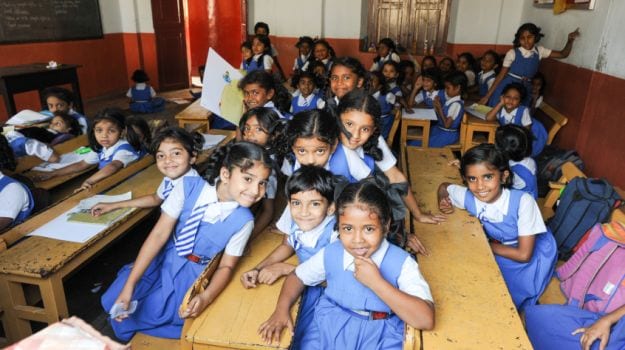 The Health Minister JP Nadda recently announced that about thirty-five per cent of school going children, including 21 per cent in Delhi, are suffering from poor lung health.

"A survey had been conducted by the Heal Foundation as part of its 'Breathe Blue 2015' campaign, over three months in Kolkata, Delhi, Mumbai and Bengaluru, in which preliminary lung health screening tests were carried out on 2000 children aged nine to fifteen years. According to the results,  21 per cent children in Delhi, 22 per cent in Bengaluru, 26 per cent in Kolkata and 14 per cent in Mumbai and overall 35 per cent school going children were found to have poor lung health," the minister said in reply to a question in Rajya Sabha.

However, Nadda also confirmed that the report has not been furnished to the government and has not been validated or examined by the Health Ministry or Central Pollution Control Board. To assess the long-term impact of air pollution on children, the CPCB had conducted an epidemiological study - 'Study on Ambient Air Quality, Respiratory Symptoms and Lung Function of Children in Delhi' during 2003-05, he informed.

"As per this study, 43.5 per cent school children in Delhi had reduced lung function compared with 25.7 per cent in control group. This study indicated several pulmonary and systemic changes associated with cumulative exposure to high level of particulate matter," the minister said.

CommentsHe also added that besides air pollution, there could be several other factors related to their lifestyle that could have influenced the observed changes in outcome variables such as obesity, hypertension, blood profile and behaviour of the exposed population.