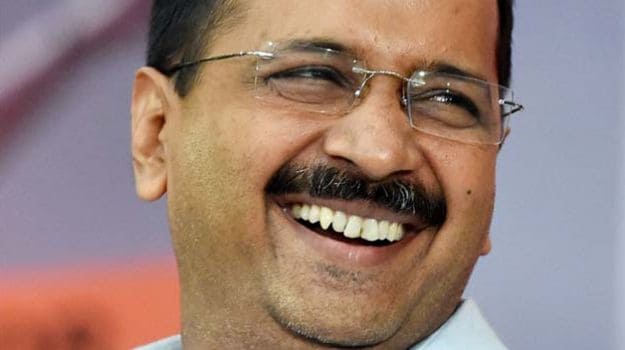 In line with Tamil Nadu's 'Amma' canteens, the Delhi government is going to set up highly subsidised 'Aam Aadmi canteens', first of which will come up in two months to serve nutritious food in the Rs 5-10 range, aimed especially at the working class population.

A Delhi Dialogue Commission (DDC) proposal in this regard was approved by Chief Minister Arvind Kejriwal today, setting the ball rolling for its implementation. There was no official word on the amount of subsidy required for the scheme though.

"Today the choice is limited for the poor when it comes to having nutritious food. They have to depend on food that is often unhygienic yet pricey," DDC Vice-Chairman Ashish Khetan told reporters. Although Mr Khetan did not share much details, he said the canteens, that would be under the Food and Civil Supplies Department, would come up in and around industrial areas, hospitals, educational institutions and commercial hubs.

He said that the management of the canteens are likely to be outsourced to NGOs or private agencies. "We had undertaken studies of models of mainly two states. There would be proper mechanism for quality maintenance." Breakfast, lunch and dinner would be available in the canteens which would mainly cater to construction labourers, slum dwellers, students and office-going population alike.

Promoted
Listen to the latest songs, only on JioSaavn.com
When asked about the possible expenditure, Mr Khetan referred to the Tamil Nadu model which, he said, needs around Rs 65 crore annually to run 225 canteens. "The detailed work map is being worked out," he added. Mr Khetan hinted that the AAP government's scheme would replace the Jan Aahar eateries launched by former Chief Minister Sheila Dikshit, although he did not specify their current status."The Jan Aahar experiment was not good and the scheme had collapsed. The quality of good was poor and hygiene was not being maintained due to lax monitoring, in spite of the fact that food was priced at around Rs 20," he said. Promising to ensure effective monitoring, the senior AAP leader said that the canteens would be quipped with Reverse Osmosis (RO) systems to serve clean drinking water.

Comments"One canteen would cater to around 5,000 people in average although there would be no uniformity in their sizes. The scheme would be rolled out in phases like in Chennai where a dozen were opened in the first phase," he said. To bolster AAP's pro-poor image, he said that around 10 lakh construction workers, 5 lakh slum dwellers and street hawkers would be the immediate beneficiaries of the scheme, when fully implemented. Similar government-run canteens are in operation in Tamil Nadu and Odisha.