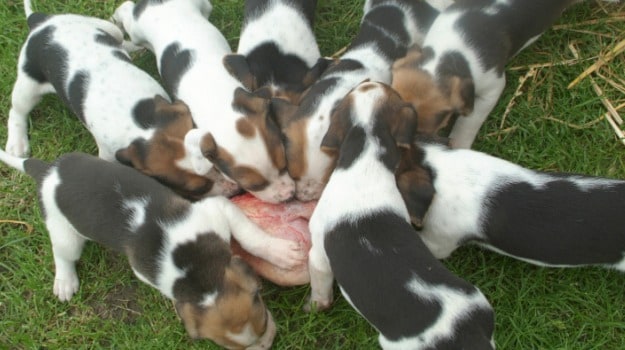 A dozen dogs originally destined for dinner tables in South Korea have recently arrived in Washington to be adopted as pets. They were the first of a total of 23 dogs being imported into the United States this week as part of a campaign to combat the eating of dog meat in East Asia.

Washington-based Humane Society International (HSI) located the dogs at a farm in Ilsan, northwest of Seoul, where they were being bred specifically for human consumption. The farmer, who acknowledged a personal fondness for dogs, agreed to give up the animals, accept an offer of compensation and grow blueberries instead, HSI director of companion animals Kelly O'Meara told AFP, as the mongrels settled into kennels at the Animal Welfare League of Alexandria, Virginia after a long flight from Seoul.

HSI has been working with local groups in China, the Philippines, Thailand and Vietnam to raise public awareness of the dog meat trade. "But South Korea is unusual because it actually farms dogs to supply demand," O'Meara said, while other countries target feral dogs as food.

Every year, between 1.2 million and two million dogs are consumed in South Korea, she said, supplied by farms that number "at least in the hundreds." O'Meara said that it was the first time that dogs from South Korea intended for human consumption had been rescued and brought into the United States, where a brisk demand for adopted dogs and cats is met by a thriving network of animal rescue groups and shelters.

All 23 South Korean dogs will undergo veterinarian checks in Alexandria, before being distributed among five other shelters in the Mid-Atlantic states for adoption. "By helping these 23 dogs, we'll be helping a lot of other dogs in South Korea" by raising public awareness of the dog meat trade, said Megan Webb, executive director of the Animal Welfare League of Alexandria, which finds homes for about 1,000 dogs a year.