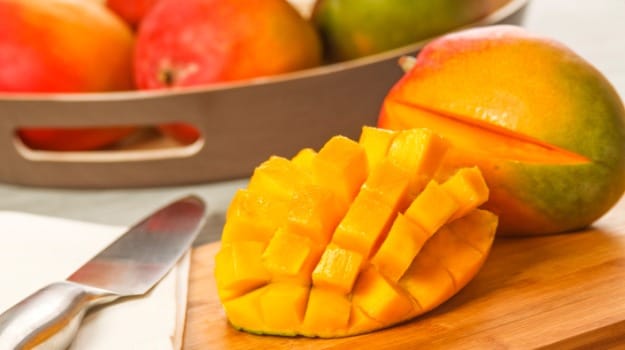 The Department of Environment, Food and Rural Affairs has welcomed an EU vote to remove a ban on the import of mangoes from India, paving the way for trade in the fruit to resume.

Experts from the UK Government's Plant Health and Seeds Inspectorate worked with the Indian authorities to help them prepare for an EU audit of their export system, which led to the EU Plant health Standing Committee voting today to lift restrictions much earlier than expected. The UK voted in favour of lifting the ban, together with other member states. This means that imports of Alphonso mangoes and other varieties of the fruit grown in India will soon resume.

Minister for the Natural Environment, Lord de Mauley, said; "We have been working closely with our Indian and European counterparts to resolve the issue as quickly as possible and I am pleased that trade in mangoes will resume. Today's decision demonstrates the marked improvements India has made to its export system and it is important that these standards are maintained so that trade can continue and UK plant health remains protected. I am very pleased that the UK has been able to play its part in supporting India through this period, including through technical assistance provided by Defra's Plant Health and Seeds Inspectorate."

Imports will resume once the new EU legislation has been formally adopted and published by the European Commission, in approximately a month's time. Approval by the Committee provides clarity to Indian exporters and UK importers in advance of the 2015 import season, which starts in March.

Checks will continue to ensure the safety of produce entering the EU and to determine whether restrictions should also be lifted on four other products suspended at the same time as mangoes.

Temporary restrictions were put in place by the EU Commission after plant pests that threaten the UK's £321 million salad crop industry were repeatedly found in shipments from India. The EU ban was due to remain until December 2015 but today's vote shows that the hard work of the Indian authorities has paid off.

The UK Government has been working in close co-operation with industry and Government representatives in India to improve the export system and facilitate an early review of the suspension. This has included training visits to India by the Plant Health and Seeds Inspectorate in August and again in November. As a result of the improvements made, the European Commission agreed to arrange an early review by their auditors - the Food and Veterinary Office - to assess the case for an early lifting of restrictions.