European Union May Lift Ban On Import of Indian Mangoes 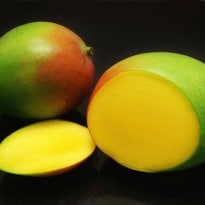 He was speaking on the sidelines of CII National Food Safety and Quality Summit. Sources in Agricultural and Processed Food Products Export Development Authority (APEDA) confirmed the visit of EU's team to India. As per the reports, the team also engaged with the officials of National Plant Protection Authority (NPPA) and APEDA over the issue.

According to the sources in APEDA, "The team was satisfied with our facilities and has already filed a report which will be deliberated with the member countries." Earlier, Commerce and Industry Minister Nirmala Sitharaman had also confirmed that the Food and Veterinary Office of European Commission had agreed to send an audit team to India. She noted that the team would verify the improvement in plant health controls and certification system with regard to fruits and vegetables.

According to Nirmala Sitharaman, India has already taken several measures to guarantee safe exports - including enhancement of capacity and numbers of inspecting staff, an improved infrastructure and implementation of a standard operating procedure. In addition to this, the country has also routed all export consignments of perishables to EU through approved pack houses to enable better inspection and certification. CommentsIndia has not only informed the EU regarding the implementation of these control systems but has also formally conveyed the disagreement on the temporary restriction imposed by the EU, said Sitharaman.