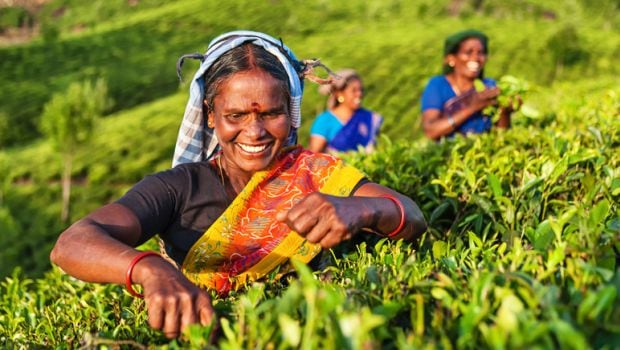 Highlights
Ever since Sachidanand Rai, a farmer from Khushinagar in Uttar Pradesh, started growing medicinal plants, he has significantly increased his income, while also contributing to preservation of rare medicinal species.

Earlier, Rai used to grow traditional grains, including wheat and rice, on his five-acre farm. In June, for the first time, Rai sowed Shalaparni -- a rare medicinal plant used as an ingredient in chyawanprash -- on one bigha (one fifth of an acre) of his land. "If I grow rice on a bigha, it costs me an investment of Rs 14,000 to Rs 15,000 and I get almost the same amount in profit after selling the produce," Rai told IANS. "But this time I got a four-fold return from growing Shalaparni," said a visibly satisfied Rai.

Now, the middle-aged farmer plans to expand the area of medicinal herbs cultivation to two bighas in 2017, as there are some added advantages. "By sowing the herb only once, one can harvest it two to three times in a year. This means the profit margin for the next two times will be higher as the input costs involved will be much lower," Rai said.

He said that many others in his village were keen to use some part of their land for growing various medicinal herbs which have good commercial value. The traditional grain-growing farmer, however, did put in a few hours of training to master the cultivation process of Shalaparni. Rai took part in a special training programme conducted by Dabur India Ltd, as part of its Environment Sustainability strategy.

The Head of Bioresources group at the Dabur Research and Development Centre, Sarvepalli Badri Narayan, said the initiative involves both farmers and tribals and would benefit around 2,500 households spread across eight states. "We focus only on marginal farmers and tribal communities and encourage them to grow medicinal herbs on only a part of their land. We give them technical assistance as well," Narayan told IANS. "It engages them to a large extent, providing them visible economic opportunities while helping the conservation of the natural resources in wide ranging eco-systems," the official said. This IANS correspondent visited the fully automated state-of-the-art greenhouse in Pantnagar, Uttarakhand, dedicated exclusively for medicinal plants, including Akarakala, Ativisha, Taxus, Shalaparni and many others.

The facility caters to the supply of "elite" planting material to the farmers enabling them to cultivate and supply well-standardised medicinal plants on a large scale. "We create artificial environment -- of the Himalayas to that of the Thar -- in this facility to grow different kinds of plants that have different requirements," he said.

After initial germination stages, the saplings are shipped to different parts of India and given to farmers for further phases of their cultivation. On harvest, they are bought back on mutually agreed terms. Dabur has grown and distributed close to 7.5 lakh saplings of rare medicinal herbs to farmers in 2015-16 from its greenhouse.

"This continuous engagement with the community has helped revive a host of endangered plant species and established a sustainable source of livelihood for the farming and forest-based communities," Narayan said.

According to the World Health Organisation (WHO), nearly 80 per cent population in developing countries is dependent on traditional systems of medicine, which are mostly plant-based. "We have identified around 100 rare and critical medicinal herbs. Today, we are cultivating 23 of these herbs and have drawn up a road map to initiate cultivation of another 27," Narayan added.

Promoted
Listen to the latest songs, only on JioSaavn.com
Dabur has embarked on a journey to become the largest bulk grower of rare medicinal herbs, with 2,700 acres of land currently under cultivation of these rare medicinal plants. Their strategy would be to increase the number to 3,800 by the end of the 2016-17 financial year.

Narayan said that the company is also establishing herbal gardens across ayurvedic colleges and universities in India. "These would make available rare ayurvedic medicinal plants for the coming generations," he said.