Increased Taxation on Tobacco Products Can Reduce Its Consumption 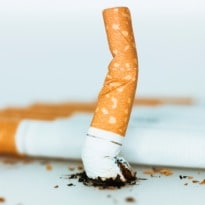 According to study by Public Health Foundation of India, 10 per cent increase in cigarette prices will lead to almost 3 per cent decrease in consumption and 7 per cent increase in government revenues. Key findings from PHFI study on "An Empirical Study of India's Fiscal Policies against Tobacco: A State Level Analysis" was released by Union Health Secretary Luv Verma today.

"Bidi, which is largely consumed by people, is least taxed. Significant potential exists in India to hike taxes rates in India to reduce tobacco consumption and mop up revenue to the government which is presently fiscally-challenged," said Dr Sakthivel Selvaraj, Senior
Public Health Specialist, Economics and Financing, PHFI.
"According to the Global Burden of Disease Study 2010, tobacco use is the second largest risk factor for death. The enormous burden of tobacco use in India is well documented with nearly one million Indians dying each year.
Listen to the latest songs, only on JioSaavn.com
"With India adopting a national target of 30 per cent relative reduction of tobacco use by 2025, it is paramount that India's response to mitigate the tobacco problem is strengthened," said Dr Monika Arora, Director Health Promotion PHFI. The study used data from the Global Adult Tobacco Survey (GATS) India, 2009-10 to study tobacco consumption patterns. Household consumption expenditure data on tobacco were obtained from the National Sample Survey Organisation (NSSO) and Consumer Expenditure Surveys (CES) from 1999-00 to 2011-12.

The WHO's theme for this year's 'World No Tobacco Day' is 'Raise Tobacco Taxes'. Union Health Minister Harsh Vardhan also advocated raising taxes on tobacco products during an event organised by PHFI in collaboration with Ministry of Health and Family Welfare and WHO to commemorate 'World No Tobacco Day 2014' last week