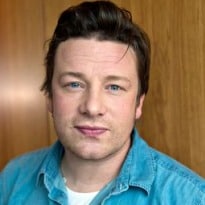 It's not just table linen that's going missing, either - even the toilet flushers have been vanishing. Have you ever liberated a little memento from a restaurant?

You might think that, along with fish forks, silver chargers and butlers, the demand for napkins would have dropped considerably over the past century. But you'd be wrong. Jamie Oliver is today complaining that each month 30,000 napkins are pinched from his restaurants.

This is a staggering number. And it's not just the napkins. Oliver had installed Thomas Crapper toilets on account of them looking "wicked", but since the flushers started going walkies he's had to weld them on.

He suggests it's down to the recession, but anyone who has ever "accidentally" walked home with a pint glass knows this to be nonsense. For as long as restaurants have been open for business, punters have walked off with things.

Take ashtrays - many do. Back in the mid-90s Terence Conran's Quaglino's supposedly lost 1,000 ashtrays a month. Indeed many of his restaurants seem to have been cleaned out on a regular basis. A source, who unsurprisingly wished to remain anonymous, boasts: "I've got ashtrays from Mezzo, Bluebird, and Pont de la Tour."

This particular gastro-klepto didn't stop there: "I've also got a couple of side plates and a cruet set from Zilli Fish that are shaped like shark fins, and a side dish from the Atlantic in a crockery drawer. I think it must have been the big suits in the 80s that made it easier to hide stuff."

One almost (but not quite) sympathises with Tom Aikens, who, at his eponymous restaurant in 2004, barred the exit of a couple who had just laid down six hundred sheets for dinner and accused them of trousering a coffee spoon. They hadn't.

The odd piece of cutlery is one thing - though undoubtedly both irritating and costly for restaurants - but what about when customers are more brazen?

"We've got a display of antique cameras in a glass case that were given to us by a customer," says Tom Truelove, partner at The 3 Acres in Huddersfield. "One of those went, which was pretty unbelievable."

"Even worse was an early boxing glove used by Chris Eubank, which was mounted with a signed photograph. Someone nicked both of them. You've got to have some pretty big cojones to do that."

I suspect most of these transgressions are more down to alcohol intake than size of testicles. A friend once liberated a remarkably large painting from a restaurant in Bristol, only to return with it the following day, tail between legs. I don't think this excused him and his contrition suggested that neither did he.

The restaurant were amazingly nice about it, and you feel that for many it is just part of running a food business. But you're kidding yourself if you believe it fair cop to walk off with a restaurant's gear, because it's never "just one napkin". Ask Jamie Oliver.