McDonald's to Keep up to 25% Stake in China, Hong Kong Stores: Source 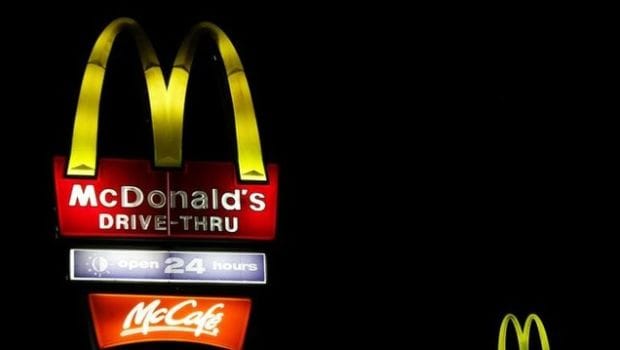 McDonald's Corp is looking to raise $1 billion to $2 billion with the sale of its China and Hong Kong stores after the U.S. fast-food chain decided to keep "a significant minority stake in the business," a person with direct knowledge of the plans said on Tuesday.

The company has picked a consortium led by private-equity firm Carlyle Group LP and Chinese conglomerate CITIC Group Corp to buy the stores and its decision to retain a stake of up to 25 percent lowered the price tag for the business from up to $3 billion expected previously, said the person, who declined to be identified because details of the deal are not public.

McDonald's wants exposure to future growth in the world's second-largest economy which is why it decided to maintain the stake, the person said. The company will also keep for now its stores in South Korea, which it previously also wanted to sell, the person added.

McDonald's in March said it was reorganizing operations in the region, looking for strategic partners in China, Hong Kong and South Korea as it switches to a less capital-intensive franchise model.

McDonald's owns most of its more than 2,800 restaurants in the three markets. It is offering a 20-year franchise to buyers with a 10-year extension option.

The sale comes at time when fast-food operators including McDonald's and Yum Brands Inc are recovering from a series of food-supply scandals in China that have undermined their performance.

Yum, best known for the KFC, Pizza Hut and Taco Bell brands, agreed to sell a $460 million stake in its China unit to investment firm Primavera Capital and an affiliate of Alibaba Group Holding Ltd ahead of a planned spin-off of the business.