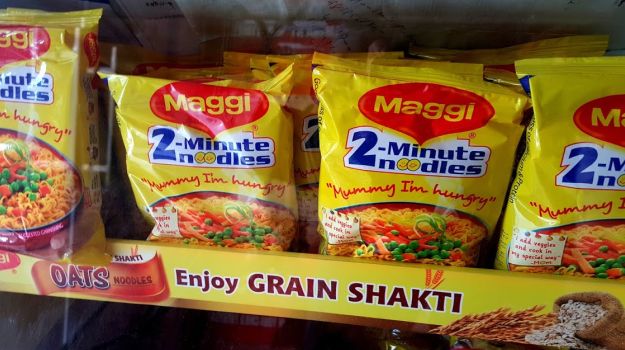 Nestle India paid Rs 20 crore to Ambuja Cements for destroying Maggi noodles in its cement plants, according to Press Trust of India. Maggi noodles were last month banned in the country for being "unsafe and hazardous" by the Food Safety and Standards Authority of India (FSSAI).

Ambuja Cements is believed to have been paid Rs 20 crore for burning the recalled packets of Maggi noodles at its cement plant in Chandrapur in Maharashtra, PTI reported. The controversy and subsequent banning of Maggi noodles in India has wiped out over $200 million or nearly Rs 1,300 crore from Nestle's brand value, Brand Finance said.

(Maggi Crisis: Around 1,500 Workers Affected Across the Country)

Nestle withdrew all varieties of Maggi noodles on June 5 amid country-wide scrutiny on Maggi for high content of monosodium glutamate (a taste enhancer) and lead in some samples. Nestle had last month said that it would take a hit of more than Rs 320 crore ($45 million) from the continuing withdrawal and destruction of its Maggi instant noodles. Nestle has maintained the noodles are safe. It has challenged the ban on Maggi in the Bombay High Court.