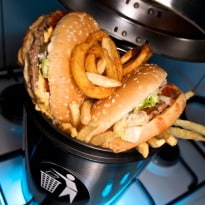 One-third of the world's food is wasted annually, amounting to some 1.3 billion tonnes each year, according to a UN report released here Thursday.

The waste is causing economic losses of $750 billion and significant damage to the environment, Xinhua reported citing United Nations Information Centre Pretoria (UNIC Pretoria) as stating in the report.

The report, 'Food Wastage Footprint: Impacts on Natural Resources', is the first study to analyse the impacts of global food wastage from an environmental perspective.

The report specifically looks at the consequences of food wastage for the climate, water and land use, and biodiversity.

One of the key findings of the report is that food that is produced but not eaten each year guzzles up a volume of water equivalent to the annual flow of Russia's Volga River and is responsible for adding 3.3 billion tonnes of greenhouse gases to the planet's atmosphere.

Similarly, 1.4 billion hectares of land - 28 percent of the world's agricultural area - is used annually to produce food that is lost or wasted.

"All of us - farmers and fishers, food processors and supermarkets, local and national governments, individual consumers - must make changes at every link of the human food chain to prevent food wastage from happening in the first place, and re-use or recycle it when we can't," said Director-General of the Food and Agriculture Organisation (FAO) Jose Graziano da Silva."We simply cannot allow one-third of all the food we produce to go to waste or be lost because of inappropriate practices, when 870 million people go hungry every day."

The report points out specific features of food waste according to regions.

For example, cereal waste - particularly that of rice - is a big problem in Asia, with major impacts on carbon emissions and water and land use.

Listen to the latest songs, only on JioSaavn.com
Fruit wastage contributes significantly to water waste in Asia, Latin America, and Europe, while large volumes of vegetable wastage in industrialized Asia, Europe, and South and South East Asia translates into a large carbon footprint for that sector.

Excluding Latin America, high-income regions are responsible for about 67 percent of all meat waste.