Punjab has the Most Obese People, Kerala and Delhi Follow: Health Minister 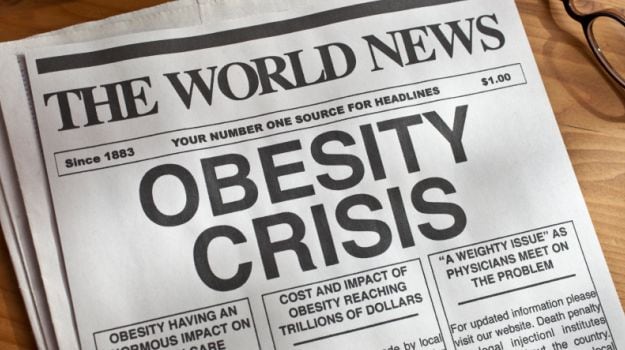 As more and more medical and scientific journals come up with in-depth studies, the underlying causes of obesity are becoming clearer. Obesity is not just the aftermath of excessive eating but associated with lifestyle factors as well. In some cases, it is a product of lack of nutritious food coupled with processed food intake and inadequate physical activity, while others may experience it as a result of genetic predisposition. Time and again, the World Health Organisation has revised its index on the global obesity load. The McKinsey Global Institute consulting firm published a report a couple of years back, estimating the global cost of obesity to have risen to a whopping $2 trillion.

Promoted
Listen to the latest songs, only on JioSaavn.com
Closer home, Union Health Minister J P Nadda recently told the Rajya Sabha that Punjab has the highest number of obese people in the country, while men from Tripura and women from Meghalaya are the leanest. According to the estimated figures sourced from a 2005-06 National Family Health Survey, Tripura has only 4.8 per cent of men and 7.1 per cent of women as obese while in Meghalaya, only 5.9 per cent men and 5.3 per cent women are overweight.

Men and women from Punjab followed by Kerala and Delhi are the most obese with 22.2, 17.8 and 16.8 per cent of men and 29.9, 28.1 and 26.4 per cent of women from respective states reporting a BMI of more than 25. According to figures tabled in the House, women everywhere, except Bihar and Meghalaya, are overweight than men.