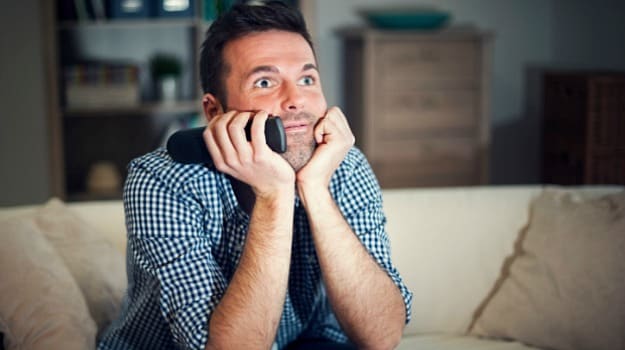 It's very easy to get used to a comfy couch, a big screen and your favourite television show. You may call it unwinding, but health experts refer to it as binge watching and it has some serious consequences.

According to a group of researchers, every extra hour you spend in front of the television can up your risk of getting diabetes by 3.4 per cent. And in case of a long day binge, it could be as high as 30 per cent.

The study was published in Diabetologia, The Journal of the European Association for the Study of Diabetes and conducted by the Diabetes Prevention Program Research Group which found that those who spend long hours in front of the television or even sitting for that matter, were more likely to develop diabetes that those who sat less, irrespective of how much they exercised.

According to Andrea Kriska, senior author of the paper, "With streaming TV, you can watch a program continuously; instead of watching just half an hour once day a week, you can watch a whole season in a day, so we expect to see increases in sitting to continue."

About the study: For the study, scientists enrolled around 3000 overweight men and women that were over the age of 25. They were divided into three groups: one group was told to exercise at least 150 minutes per week and change their diet to lose weight. The second group was given the diabetes drug Metformin and the third group was given a placebo pill.

At first, the total time spent watching television was around 140 minutes a day and 400 minutes spent sitting at work for all three groups. Those in the first group reduced their television viewing time by 37 minutes on an average whereas the placebo and drugs group saw only a difference of about 9 minutes.

This isn't the first time sitting for long hours has been linked with health problems. An earlier study conducted at the University of Regensburg, Germany found that 'people who spend most of their day sitting - whether it's in front of a computer or TV, or behind the wheel - appear to have an increased risk of developing certain kinds of cancer.'

Another study performed at the Medical College of Wisconsin in the United States found that 'sitting for long hours damages posture, hurts spine, slows down metabolism and is also responsible for poor and sluggish blood flow in body.

(Sitting for Long Hours May Increase Risk of Heart Disease)

So it's safe to assume that long hours spent in front of a television screen can only be harmful to your health and exercise alone is not enough. You need some sort of movement to keep you energetic and disease-free.