Chronic Fatigue Syndrome is Real and Now Has a New Name 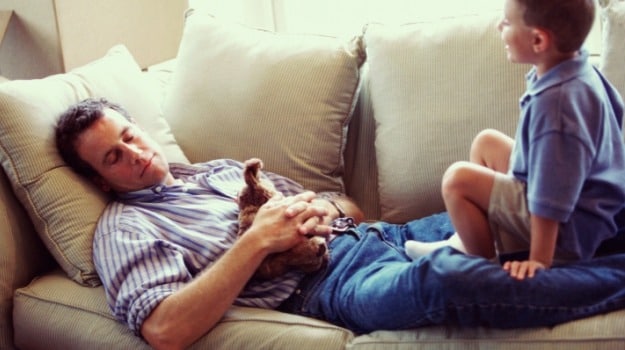 "Why are you so tired even when you haven't done anything all day?" This is something every patient of chronic fatigue syndrome may have been asked.  Maybe even much before they even knew they were suffering from this debilitating condition.

There's no known cure for Chronic Fatigue Syndrome and it can affect the healthiest of people. Many health experts, researchers and patients have complained that the name trivializes the symptoms of this disease. So, we are happy to be the bearers of some good news.

Chronic Fatigue Syndrome has been renamed to 'Systematic Exertion Intolerance Disease' (SEID) and has been accepted as a real disease by the panel from the Institute of Medicine (IOM) which is a nonprofit organization that advises the government on health and medicine. According to Rick Erdtmann, Director, Board on the Health of Select Populations, Institute of Medicine, "The disease is inflicting between 836,000 and 2.5 million people in the United States. It's a serious disease that puts burden on people. The cause of the disease is unknown and a diagnostic marker is yet to be identified and validated. The limited knowledge about this disease has led to a lot of confusion and contradiction about this disorder."

He added, "The Department of Health and Human Services (HHS) along with five federal agencies committees got together to identify diagnostic criteria for this disease based on current scientific evidence as well as clinical expertise. "

Dr. Ellen Wright Clayton, professor of pediatrics & professor of Law at the Center for Biomedical Ethics and Society laid out specifics of the report and key recommendations. "Chronic Fatigue Syndrome causes great disability for millions of Americans. 10 % of those who have this disease are diagnosed so it would be unfair to identify the real number. The diagnostic markers identified in this research will be helpful not only for patients but for those who'll conduct research in the field."

Here are some of the symptoms that were identified: Substantial reduction of ability to perform day to day tasks, which persists for more than 6 months and has to be accompanied by fatigue which is not the result of excessive exertion.  After a lot of data analysis and research it was concluded that these symptoms must be experienced in order to make the diagnosis.

The important point that was made by one of the researchers is that these patients who have these symptoms need to be treated and have them addressed even if the symptoms for 6 months. "This is not a figment of their imagination," said Dr. Ellen Wright Clayton.

Why was new terminology needed? According to Dr. Eden the current terminology does major disservice to patients. "The name doesn't describe the essence of this disorder. So they wanted to focus on coming up with a name that identifying the major criteria for this disorder. That is exertion and which is why we decided to call it Systematic Exertion Intolerance Disease (SEID). The symptoms define the disease and that's the point we're trying to make."