Google to Devise a Way to Search Bodies for Diseases 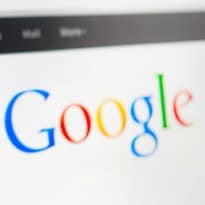 Google is exploring a way to search inside people's bodies for early signs of deadly illnesses such as cancer or heart disease. The novel technology would involve creating batches of specially crafted microscopic nano-particles which could be swallowed in pills. These nano-particles can then get absorbed into bloodstreams where they would stick to targeted cells such as cancer.

A Life Sciences team at the special projects Google X Lab are experimenting with having "nanoparticles" hunt for signs of medical trouble in bloodstreams and then essentially report findings to sensors people could wear.

"This is still early-stage research, but we've done a number of promising experiments, so we're going to keep going," Google said in a description of the project made public today.

Imagined applications include a test for enzymes given off by arterial plaques that are about to rupture and cause a heart attack or stroke, or a way to watch for cancer cells after surgery or chemo treatments.

Early detection is known to dramatically increase chances of successfully treating a number of life-threatening diseases.

Magnetic qualities designed into nanoparticles allow them to be drawn to worn devices and counted using non-invasive detection methods such as light or radio waves, according to Google.

If successful, the technology could "help physicians detect a disease that's starting to develop in the body," the California-based technology titan said.

Promoted
Listen to the latest songs, only on JioSaavn.com
Google said that it would license the technology to companies interested in using it for medically approved diagnostics.

Google Life Sciences team innovations include contact lenses that measure glucose levels in tears to allow people with diabetes to track blood sugar, and eating utensils that cancel out trembling hands caused by diseases such as Parkinsons.