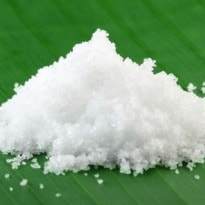 People with Type-2 diabetes have more to add to their list of dietary restrictions as researchers have found that a high salt diet may double their risk of developing cardiovascular disease. For long, health experts have harped on the problems associated with too much consumption of salt.

According to World Health Organization (WHO), adults need less than 5 grams of salt per day and children need even less. But, most of us are consuming double the recommended amount of salt per day, putting us at risk of several of the health problems including many cardiovascular risks. (More: Cut salt intake to avoid high blood pressure)

Diabetes occurs when there is too much sugar in the bloodstream. People develop Type-2 diabetes when their bodies become resistant to the hormone insulin, which carries sugar from the blood to cells.

The study was published in the Journal of Clinical Endocrinology & Metabolism and it surveyed participants aged 40-70 who had been diagnosed with diabetes. In all, 1,588 people responded to a survey about their diets, including their sodium intake. The researchers then reviewed the data on cardiovascular complications that the participants had experienced over the course of eight years.

"To reduce the risk of developing cardiovascular disease, it is important for people who have Type 2 diabetes to improve their blood sugar control as well as watch their diet," Horikawa added.