How to Increase Your IQ: 8 Fun Brain Exercises to Try Everyday 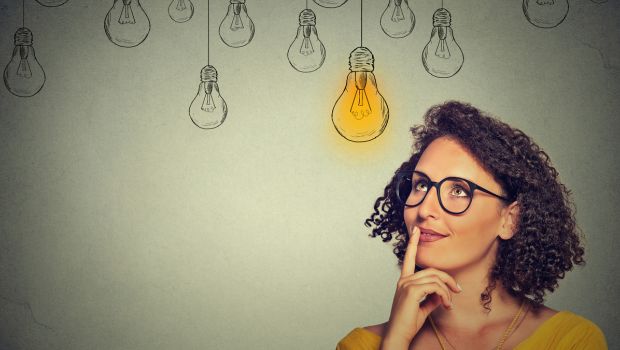 Highlights
Now, who doesn't like to be brainy or called an Einstein? We all aspire to be the intelligent one, who can answer all the tricky questions at the snap of the fingers while the others gaze and wonder. The brain is a miraculous organ with incredible capabilities, and good intelligence can take you a long way towards your road to success. So how can you work on it? In the early 1900s, a German Psychologist called William Stern coined the term "IQ", which means Intelligence Quotient, and it referred to a series of intelligence tests with a system of scoring called IQ that could determine one's intelligence. Various other researchers worked on devising the tests along the years to arrive at what we popularly call IQ tests today.

IQ tests are largely included in school entrance exams, engineering exams, MBA exams and even during work interviews to test the candidate's intelligence. It has almost become a common mode of evaluation. In standard IQ tests, the system of scoring is such that the raw median score is defined as 100. Most people score between IQ 75 to IQ 125. About 5 per cent people score above IQ 125, who are considered to be very intelligent, and 5 per cent score below IQ 75, who are less than average. Einstein is said to have had an IQ score of 160-190 whereas Stephen Hawking's score is 160. The highest IQ score is said to be 250-300 by yesteryear's American Child prodigy William James Sidis.

If these numbers have got you inspired to up your game as well, we bring you 8 easy tips on how to get started and work towards improving your IQ.

Easy Tips to Increase Your IQ

While we all focus on physical activities to build our muscles, our brain muscles too need exercising to build, shape and organise itself. According to Mensa: IQ Tests: A Complete Guide to IQ Assessment, "Our brain continually rewrites its own operating instructions and alters its very structure in response to our experiences. Just like the muscles of our body, our minds can respond to exercise, allowing us to be more retentive and mentally fitter."

So here's what can help:

You may hate numbers, but this puzzle could actually be a good way for you to start loving them. Sudoku is easy to get a hang of once you start understanding the basics. It's a great workout from the brain as you try to calculate which number fits perfectly in which square. It's addictive too.

Well, you don't really have to go to a store to pick up puzzle books. There are endless types of puzzle solving games that you can find online and get cracking. If you need a break in between work, this could be a fun exercise for your brain, getting you charged up as well.

If there's a reason why some people are still particular about subscribing to print newspapers is because of the crossword puzzles that come daily. It has almost become a habit for many, who can't think of getting on with their day without attempting to fill up those missing boxes. Crosswords are a great way to flex your brain muscles, improve vocabulary and general knowledge.

Did you know that some of the highest scoring IQ numbers were from world famous chess players like Garry Kasparov and Judit Polgar? Chess is an intense game where you need to do a lot of thinking. Every move has to be planned and strategised, but don't let that intimidate you. You'll get to learn a lot.

Music is always the best therapy, wouldn't you agree? There's a different charm in getting to learn to play a musical instrument. Besides, it's great from your brain too! Various parts of your brain are in function while you are using your fingers or mouth to play, listening to the tunes, composing songs, orchestrating with others, so on and so forth. And end of the day, it's destressing too.

Stats suggest that some of the richest people in the world are great in dealing with numbers. It is essential, come to think of it, when you have such a big business to handle and ensure that it keeps growing exponentially. So don't run away from maths! Even simple calculations, for which we often resort to calculators, should be attempted on our own.

If you already like playing strategy-based video games like Age of Empires, Civilization, Crusader Kings, etc then you are on the right path. They can help you incredibly in flexing those brain muscles and improving your IQ.

Keeping challenging yourself, that's the key. The more your brain stays active, the more it will develop. Push your boundaries and try and to do different things. Learn to cook, take up coding classes, read different kinds of books, sign up for thrilling fitness programs - yes, go all out! And try and be more observant and questions things around you.