This Wonder Oil Can Help Diabetics 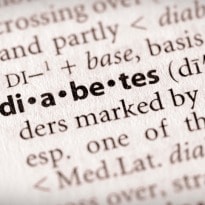 Most studies have vouched for the health benefits of olive oil and sunflower oil. But according to a latest study, there exists a super oil that can prove to be better than the rest. Canola oil was first developed from rapeseed at University of Manitoba in the 1970s. It is extracted from canola seeds. The plant belongs to same family as cabbage, cauliflower and broccoli. Canola oil has surprisingly little amount of saturated fats as compared to various other oils. It contains only seven percent of saturated fat, less than half of what olive oil does. High consumption of saturated fats is known to increase bad cholesterol levels.

A new research showed that those on a canola diet experienced both a reduction in blood glucose levels and a significant reduction in LDL (bad) cholesterol. Researchers compared people with type 2 diabetes who ate either a low glycemic index diet that included bread made with canola oil, or a whole wheat diet known to reduce the risk of cardiovascular disease. (read more: Which Oil is Better for Your Health?)

Promoted
Listen to the latest songs, only on JioSaavn.com
"The finding that the canola bread diet seemed to have the most significant impact on people whose blood glucose levels were high is very exciting," said David Jenkins, a professor of nutritional sciences and medicine at University of Toronto.

Also, the reduction in LDL cholesterol observed in his study of 141 people could translate into a seven percent reduction in cardiovascular events, he added. Canola oil is also rich in MUFAs (mono-unsaturated fats), vitamin E and K which makes it a great remedy for skin and hair woes. The study was published in the journal Diabetes Care. (read more: The Best Cooking Oils for Your Health)