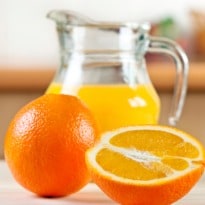 The levels of antioxidants Vitamin C and beta-carotene in blood are lower in patients with dementia than in people without it, a German study says about the disease which affects millions worldwide.

Gabriele Nagel and and Christine von Arnim, professors of epidemiology and neurology from the University of Ulm, Germany, have discovered that the concentration of vitamin C and beta-carotene in blood are significantly lower in patients with mild dementia than in people without them.

Forgetfulness, lack of orientation and cognitive decline are all offshoots of Alzheimer's disease (AD).

Seventy-four AD-patients and 158 healthy controls (without AD) were examined. Oxidative stress, which constrains the exploitation of oxygen in the human body, is suspected to promote the development of AD. Whereas so called antioxidants might protect against it.

Researchers investigated whether the serum-levels (blood levels) of vitamin C, vitamin E, beta-carotene as well as lycopene and co enzyme Q10 are significantly lower in the blood of AD-patients, the Journal of Alzheimer's Disease reports.

"In order to possibly influence the onset and development of Alzheimer's disease, we need to be aware of potential risk factors," says Nagel, according to an Ulm statement.

The 65 to 90 years old seniors from Ulm and the surrounding area underwent neuropsychological testing and answered questions regarding their lifestyle. What is more, their blood has been examined and their body mass index (BMI) was calculated.The concentration of vitamin C and beta-carotene in the serum of AD-patients was found to be significantly lower than in the blood of control subjects.

Alzheimer's is a neurodegenerative disease: Alterations in the brain caused by amyloid-beta-plaques and loss of synapses connecting the brain cells or neurons are the major factors behind the characteristic symptoms