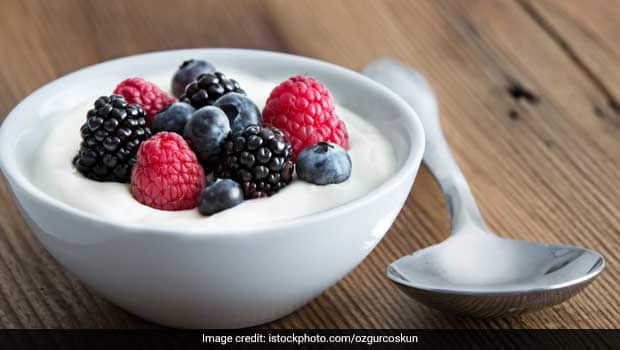 Eating yogurt daily may reduce breast cancer risk, says a latest study. Researchers said that the lactose fermenting bacteria present in yogurt reduces inflammation triggered by harmful bacteria, which may have protective effects. Yogurt contains beneficial lactose-fermenting bacteria commonly found in milk, similar to the bacteria -- or microflora 00 found in the breasts of mothers who have breastfed.

Scientists said that their idea -- as yet unproven -- is supported by the available evidence surrounding the issue of how bacterial induced inflammation is linked to cancer.

"There is a simple, inexpensive potential preventive remedy; which is for women to consume natural yoghurt on a daily basis," the authors wrote in a paper appeared in the journal Medical Hypotheses.

"We now know that breast milk is not sterile and that lactation alters the microflora of the breast," said Dr Rachael Rigby from Lancaster University's Faculty of Health and Medicine.

"Lactose fermenting bacteria are commonly found in milk and are likely to occupy the breast ducts of women during lactation and for an unknown period after lactation," Rigby added.

Lactose-fermenting bacteria in the breast is protective because each year of breast-feeding reduces the risk of breast cancer by 4.3 per cent, researchers from Lancaster University suggested.

Many studies in the past have pointed at the link between consumption of yoghurt and reduction in breast cancer risk. The researchers in this study, are suggesting that the association may be due to the displacement of harmful bacteria by beneficial bacteria.

There are aabout 10 billion bacterial cells in the human body and while most are harmless, some bacteria may create toxins that tend to trigger inflammation in the body, and this chronic inflammation could be harmful. While this inflammation destroys the harmful germs but it also damages the body.

"The stem cells which divide to replenish the lining of the breast ducts are influenced by the microflora, and certain components of the microflora have been shown in other organs, such as the colon and stomach, to increase the risk of cancer development," said the researchers.

"Therefore a similar scenario is likely to be occurring in the breast, whereby resident microflora impact on stem cell division and influence cancer risk," they added.