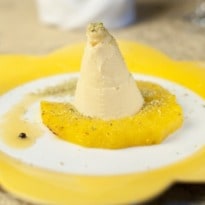 In a land of traditional cafes churning out an array of cakes, pastries and muffins, Indian desserts like gulab jamun, kulfi and mango lassi have managed to win many a heart. Vienna, the historically-rich capital of Austria, is known for its beautiful architecture and parks. According to the restaurateurs, there are over 50 restaurants and kiosks all over the city offering various Indian cuisines.

"The traditional desserts have always been cakes and pastries but in the last five years, the number of locals coming here have increased rapidly, particularly swayed by the sweet dishes we offer like gulab jamun, and mango lassi," Pawan Batra of Nirvana, a popular Indian restaurant in one of the upscale districts of the capital, told IANS.

Apart from the desserts, which include popular delicacies like gajar ka halwa, barfi and pista kulfi, the traditional vegetarian and non-vegetarian fare is a huge hit too. "The locals love the stuffed naans, murg makhni, murg tikka masala, dal makhni, rogan josh and many more dishes." he said.

Batra opened the eatery in 2006 and his wife "defines the kitchen", which has a mix of Indian and Austrian employees. "She oversees everything to ensure the authenticity of the food and the right flavours," said Batra. Apart from regular local customers and Indian tourists, dignitaries from both the countries including their presidents have savoured Nirvana's food, said Batra.

"The (Austrian) president is our regular customer and loves the dal makhni as well as the rogan josh and lamb vindaloo along with naan," said a proud Batra. Former President Pratibha Patil also dined at Nirvana while she was on an official visit to the country, said Batra.Anil Gupta, the owner of 'Heilige Kuh' which literally translates to 'Holy Cow', said he sells more than 10 liters of mango lassi every day. "We make sure to serve them in the traditional copper glasses to make it look aesthetically pleasing," said Gupta. According to Gupta, his vegetarian dishes like bhindi, aloo gobhi, chana masala and kadi are now selling more than the non-vegetarian fare.

"I've seen this change. More and more locals are now shifting to a vegetarian diet and they know that the best place to get quality vegetarian food is an Indian restaurant," he said. As a result, Gupta has also added many vegan dishes to his menu of late.

The restaurateurs further said that the locals are used to having wine with their food, but a majority of them prefer Indian beer with the spicy Indian food. "Indian food is definitely a bit spicy for our palette and it's a popular notion here that Indian beer enhances the flavours of the food," Michael Haas, a local artist, as he dug into a plate of murg tikka masala while sipping a beer at Nirvana, told IANS.

In addition to their contribution to the city's varied cuisines, the restaurants have also taught the locals to share their food, noted Ashok Chandihok, owner of Indian Pavillion. "Our culture of placing the curries and vegetables at the centre of the table and then sharing them is something new for the locals who are used to eating their meals individually. They love our style of sharing and eating food," he said.

Meanwhile, the demand for Indian food and drinks is rising rapidly and so is the number of India restaurants. According to the restaurateurs, while the customers have increased by "more than three times" in the last five years, the number of Indian restaurants have gone up from around 20 to over 50 at present. As far as the prices go, lunch or dinner at any of the restaurants can cost between eight to 14 euros (rs.660-Rs.1,500).