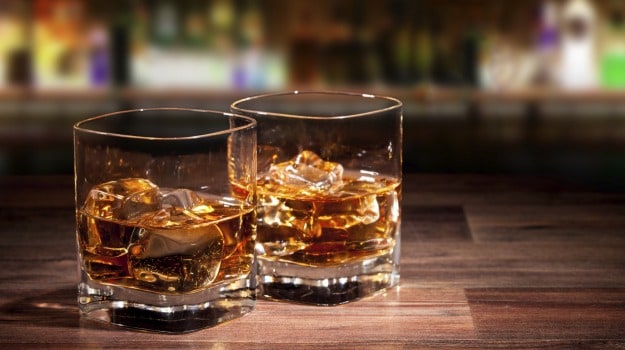 Six Americans die from alcohol poisoning daily on average, and mortality rates are highest among middle-aged men, federal health authorities reported Tuesday. The report is the first in a decade by the Centers for Disease Control and Prevention to tally alcohol poisonings for the entire U.S. population. Most previous analyses looked at certain groups, in particular young people.

The agency found that an average of 2,221 people died of alcohol poisoning annually between 2010 and 2012. Three-quarters of the deaths occurred among 35- to 64-year-olds, the report found, and about three-quarters were men. The death rate was highest among men aged 45 to 54.

"Most previous studies have looked at college kids and young people, but the problem is bigger than that," said Dr. Robert Brewer, who heads the alcohol program at the CDC. "It was surprising that the number of deaths was so concentrated among middle-age adults."

The report described death from alcohol poisoning as "a bigger problem than previously thought" but said it was impossible to tell whether the death rate had risen because researchers have changed how they track the data in recent years.

When large amounts of alcohol are consumed in a short period of time, blood alcohol levels rise sharply, overwhelming the body's ability to respond. Excessive alcohol intake can shut down parts of the brain that control breathing, body temperature and heart rate.

About 38 million adults report binge drinking an average of four times a month, according to the report, but the vast majority of binge drinkers - about 90 percent - are not alcoholics.

Alcohol dependence was a contributing cause in just one-third of the deaths, the report found.

The report also provided a breakdown by state. The lowest death rate was in Alabama, followed by Texas, Illinois and Virginia. The highest rate was in Alaska, driven by the native population there, followed by New Mexico, Rhode Island and Arizona. States with the highest death rates were located mostly in the Great Plains and western United States, but also included two New England states, Rhode Island and Massachusetts.