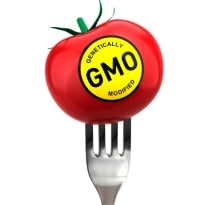 A GMO labeling battle is rumbling in the United States, with those demanding full disclosure of genetically modified organisms in food products pitted against big companies.

Although some giants such as General Mills have recently taken timid steps toward being more upfront with consumers, the United States, unlike some 60 other countries, lacks a legal requirement to do so.

But only Maine and Connecticut approved such measures and have yet to implement them.

Alaska adopted a law in 2005 requiring labeling of genetically engineered salmon, whose safety for human consumption is still being studied by the US Food and Drug Administration (FDA).

Elsewhere measures have been defeated, notably in the state of Washington, where voters narrowly rejected GMO labeling. Other proposals are near death or languishing in legislative committees.

But supporters of GMO labeling of food insist they are unfazed and determined to shore up more support.

"We expect even more states this year" to join the battle, particularly Oregon and Colorado, said, Colin O'Neil of the Center for Food Safety, a nonprofit organization that opposes GMO foods.

While one bill in Vermont was likely to pass this month, two senators were working on federal legislation, he said.

The labeling of genetically engineered foods is "an issue that exploded last year at the state level" due to consumer pressure, according to O'Neil.

For O'Neil, "the tipping point came with the California ballot initiative" on GMO labeling that was narrowly rejected in 2012 due to a costly counter-campaign by large multinationals.

Agrochemical giants such as DuPont, Monsanto, Syngenta, and BASF, joined by food behemoths including Coca-Cola, PepsiCo and Kraft Foods ponied up a combined $46 million for advertising and other means to convince voters to reject the proposal.

The anti-GMO side spent $9 million.

"That sent a tremendous signal to consumers," O'Neil said. "Many were unaware that companies would spend so much to keep consumers in the dark."

The Grocery Manufacturers Association, which represents leading food, beverage and consumer products companies, said the organization has maintained "strong support for a federal solution" regarding standards for the safety and labeling of GMO foods and beverages.

"Our nation's food safety and labeling laws and regulations should not be determined by political campaigns or through a patchwork of state laws," spokesman Brian Kennedy told AFP.

The GMA argues it agrees with the FDA and other agencies, such as the Organization for Economic Cooperation and Development, that foods and beverages containing genetically engineered ingredients are safe and that labeling would be costly for small farmers, as well as the agencies verifying them.
Some companies take small steps

But there are small signs the issue is making its way to the front burner.

General Mills announced Thursday that it would make its popular Original Cheerios breakfast cereal without GMOs, and US consumers would see it labeled as such.

"We did it because we think consumers may embrace it," the company said. "But it's not about safety."

However, General Mills, whose brands include Haagen-Dazs ice cream and Yoplait yogurt, said that for other varieties of Cheerios it will not be able to forgo GMOs.

"The widespread use of GM seed in crops such as corn, soy, or beet sugar would make reliably moving to non-GM ingredients difficult, if not impossible."

A few other companies have also addressed the GMO labeling issue lately.

Meanwhile upscale grocer Whole Foods, which sells a large amount of organic produce, plans to label genetically engineered products -- but only as of 2018.

As for fast food chain Chipotle Mexican Grill, it has started listing genetically engineered ingredients on its website.

Promoted
Listen to the latest songs, only on JioSaavn.com
"Our goal is to eliminate GMOs from Chipotle's ingredients, and we're working hard to meet this challenge," it says.

But "there is currently not a viable supply of responsibly raised meats and dairy from animals raised without GMO feed."