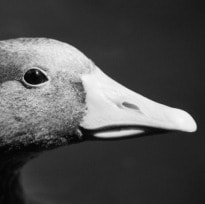 The strain of avian Influenza that caused deaths of thousands of duck in three districts of Kerala has been identified as H5N1. H5N1 is a highly contagious strain and can be fatal to humans. It is known to have caused the deaths of nearly 400 people and hundreds of millions of poultry in 2005-2006 when it spread from Asia into Europe and Africa.

According to a senior official in the Directorate of Health Services, "There is no need to panic about it, but people have to be careful. The infection caused by H5N1 can be cured and the medicines for that are available."

Following the identification of the virus strain, authorities have stepped up preventive measures. Meanwhile, the culling of ducks continued in the the affected areas of Alappuzha and two adjoining districts, mainly in Kuttanad, as per the protocol laid down by the World Health Organisation.

The district administration and medical authorities held a review meeting in Alappuzha and worked out measures to step up surveillance and awareness around the affected areas. Teams of Rapid Response Force, comprising personnel of the Animal Husbandry and Health departments haveculled hundreds of ducks and burnt them.

Promoted
Listen to the latest songs, only on JioSaavn.com
Birds were also culled in the affected areas of Kottayam and Pathnamthitta districts. The state government has announced a compensation of Rs 100 for birds that are less than two months old and Rs 200 for those older than two months. A three-member central team of experts, one of them being from the National Centre for Disease Control, visited the affected areas to scrutinize the situation and submit a report.

The outbreak of the disease has caused a huge loss to poultry breeders, most of them being medium and marginal farmers. Located close to the backwaters with vast stretches of paddy fields, duck rearing has been a supplementary activity for farmers in the affected areas for generations. It has also cast a shadow over tourism as the area is the hub of houseboats and directions have been given to the houseboat industry to stop serving duck meat till further notice.