Bun-Maska and Chai: An Ode to Aamchi Mumbai's Favourite Combination 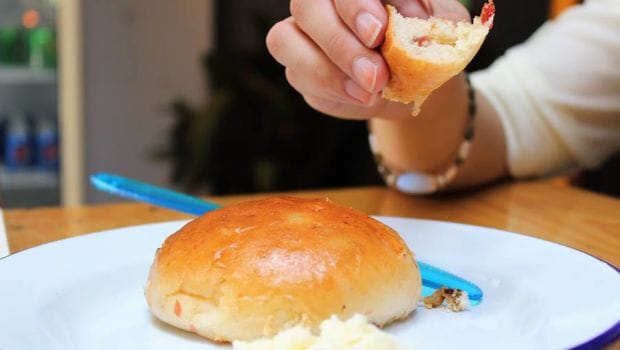 What will an ideal evening in Mumbai look like? A couple of friends sitting in a bakery enjoying bun-maska with a piping hot cup of chai. Bun maska and chai for Mumbaikars is an emotion and a ritual that is being followed since many years. The typical bun is slightly sweet and is studded with raisins. It is cut into half and generously laden with dollops of butter and served with a cup of kadak chai. The best way to have it is to dip the bun into hot tea and savour every bite. The butter or maska on the bun is a mix of white butter and fresh cream.

The concept of bun-maska and chai kicked off with the establishment of Irani cafes in Mumbai. It was around the late 1800s and early 1900s when Irani cafes mushroomed in the city and they became an important part of Mumbai's social evolution. What does an authentic Irani café look like? Vintage interiors, marble-topped tables, bentwood chairs, glass jars full of sweets and lots people chatting away while enjoying bun-maska with chai. The Brun Maska is another version of it where the bun is a bit crusty instead of a soft and smooth one. It serves as a pocket-friendly breakfast or tea-time option.

According to Ali Irani from Koolar & Co. in Mumbai, "An Irani café cannot do without bun-maska. Early in 1940s when Britishers were ruling, Iranians came to Mumbai, and they opened up small cafes for the people. Kadak Brun Maska was one of the most popular dishes back then. However, it was a bit plan and didn't have much flavor and, so Iranians started making bun-maska, especially for old people and kids, which was comparatively sweeter and had butter, cheese, and honey or jam on it. The secret to making a soft bun is to add lots of pure ghee to the dough. Bun maska is a very special dish for Mumbaikars even today and it will always be."

Generally, these buns are baked fresh so that they are soft and spongy. You can't go wrong with this simple snack especially when served with 'Irani chai' on a rainy day. It is one of the few things that defines an Irani café. You will find the best variety at some iconic Irani cafes in Mumbai like Britannia & Co. Restaurant, Yazdani Bakery, Koolar & Co. and Kyani and Co.