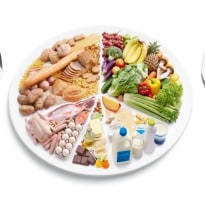 Australia's newspapers today teased the England team over their "fussy" dietary demands for their players during the Ashes tour of Australia.

Both the Fairfax and News Ltd press highlighted the English and Wales Cricket Board's (ECB) 82-page list of dietary demands, setting out almost 200 items and rules for when and where they want the food and drinks provided.

Among the 194 dishes and drinks in the lengthy document obtained by the newspapers are "Piri-Piri Breaded Tofu with Tomato Salsa", a "Quinoa and Cranberry Breakfast Bar", "Mungbean Curry with Spinach", and "Pistachio and Ginger Biscotti".

In the buildup to the November 21 opening Test in Brisbane, Australia's press had a field day at the English team's expense. "If you thought your three-year-old was fussy, check out the English cricket team's 82-page list of dietary demands for the upcoming Ashes series," said The Daily Telegraph.

While The Sydney Morning Herald, under a headline "The floppy hat guide to fine dining," said of the England team..."Cuisine: Modern pretentious. Price: Exorbitant. Loss of dignity. Whine: Constantly".

The Herald said the ECB has gone to "unprecedented lengths" to ensure the tourists' dressing-room fare is the match of a top-class restaurant. There are requests for trendy "superfood" ingredients, such as kale and agave syrup, it said, while the Telegraph added acerbically: "Gone are the days of simple egg sandwiches, tea and coffee.

"Instead the Poms will spend every one of their lunch breaks dining on meals including soups, salads, hot options, finger food, juices and smoothies, with the menu almost completely different for each day of each Test match ... in a list to rival anything on MasterChef." The file titled "Test Catering Requirements", prepared by the ECB's performance nutritionist Chris Rosimus and sent to venues around Australia, lists specific breakfast, snack, lunch, tea and post-match options that must be provided throughout the five Ashes Tests, the Herald said.

It includes an extensive list of foods from sandwiches to desserts. The document details different food plans for each day of the Tests and is accompanied by a 70-page recipe guide marked as "essential" to use.

"The quantities must be followed, along with the ingredients listings," Rosimus notes in the introduction, adding: "For any meat used in sandwich fillings please do not use processed meats, only freshly cooked meats will suffice.

Listen to the latest songs, only on JioSaavn.com
All fish must be filleted and contain no bones. Please only use low fat mayonnaise and yoghurts." Cricket Australia's nutritionist Michelle Cort said Australia also sent food guidelines and instructions to opponents' venues before touring to ensure players were receiving the right nutrients.

However, their meal plans were much less detailed, including on the last Ashes tour of England earlier this year, Cort told the newspaper.