Happy Birthday Farhan Akhtar: 9 Times When the Foodie Side Of The Actor Were Too Relatable To Miss

The man of many talents Farhan would be turning 44 today.Here are some of the times the actor was just a foodie like all of us 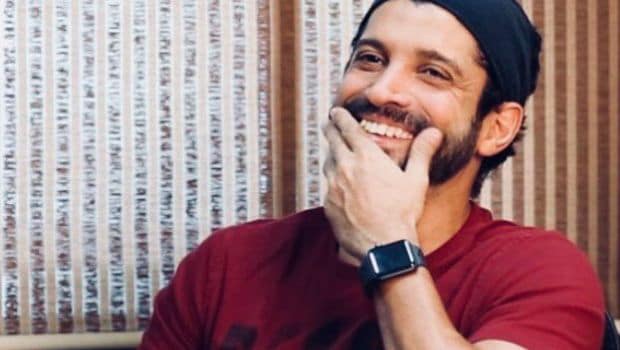 Highlights
Actor, Singer, Writer, Director Farhan Akhtar would be ringing in his birthday on 9th January 2018. One of the most versatile talents in tinsel town, Farhan would be turning 44 on Tuesday. Farhan, who's last release 'Lucknow Central' didn't quite work its charm on the box office, did manage to garner positive acclaim for his sincere portrayal. Farhan, the producer also came out with Fukrey 2 last year, and if the rumour mills are to be believed, he would be donning the director's hat yet again for Don-3.

Off late, he has also established himself as a fitness sensation. His recent passion for cycling has also been keeping the actor in the news. Farhan Akhtar and his group of friends often tour the entire city on their cycles.

Did you know that for his award winning role in Bhag Milkha Bhag he trained for 13 months to reprise the role of the award winning athlete Milka Singh? The entire diet plan was broken down to six to seven meals throughout the day, which was high on protein. Farhan had to refrain from fats and sugars to have a body like an athlete. He used to work out six hours a day with intervals at every two hours. His workout plan was divided into athletic training, functional training and weight training.

Apart from acing singing, writing, producing and all that that he lays his hand on, there is also something that makes him exactly like you and me, and that is his love for good food. The foodie at heart particularly is a fan of his cuppa and yummy cookies. He also enjoys cosy suppers with his friends and family, sending the internet into major food frenzy from time to time with his adorable posts. Don't believe us? We've got proof.
Listen to the latest songs, only on JioSaavn.com
Looks like Mr. Akhtar had the best New year's. A company of deliciously chunky cookies are always a welcome start to anything.

The jolly Christmas feast is making us drool our hearts out. That's Farhan digging into the lovely Turkey.

And it's him dishing into cookies again, this time with a fuzzy Hot chocolate for company.

"A farewell hot chocolate and one of the best cookies I've ever had.. thank you #sohohotellondon .. had a wonderful time there, courtesy of your amazing staff.. until next time.. #summer2017 #london #funtimes#keepexploring", he captions the image.

That's him eagerly looking forward to the crackling Wimbledon final, with his father, lyricist Javed Akhtar, who could be seen enjoying their lone time in a fancy restaurant.

Coffee time for Mr. Akhtar! Could his obsession be anymore relatable? We doubt!

"Maybe they won't eat us if we look busy doing something else.." #cookielogic #paris #funtimes #sweettooth" , he captions this image. How we wish things worked that way Farhan, How we wish!

It is said the greatest of ideas germinate in solitude. And Farhan is the leading example. That's the actor/director/singer/writer enjoying his 'me' time by the sunset with a slice of dark chocolate and orange cake.

His supper in Spain is sending us into major food coma.

Here's wishing the actor a very Happy Birthday. May you get to indulge in all your favourite treats for the day!