Allu Arjun rung in his 37th birthday on 8th April, 2020 and the family cut two cakes together to celebrate the special occasion. 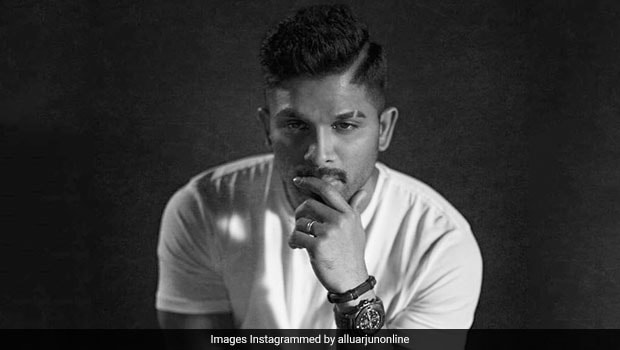 Birthdays are indeed a special occasion, and Telugu Superstar Allu Arjun too celebrated his 37th birthday in the most special way possible. He released the first look poster of his new Telugu film 'Pushpa' on his special day, which soon went viral on Twitter and Instagram. And that's not all that he was upto - he took time out from work to spend time with his wife Allu Sneha Reddy and his two children. The family cut two cakes together on the occasion of Allu Arjun's birthday. Take a look at Allu Arjun's birthday cakes:

The snapshots of Allu Arjun's birthday cakes were shared in Instagram stories by the actor's wife Allu Sneha Reddy. The first cake was a light chocolate mousse cake with a dark chocolate topping. Allu Arjun could be seen cutting the cake at night with his wife by his side. The second cake was a fresh strawberry cheesecake with a biscuit base and strawberry topping. Allu Arjun cut the second cake with his wife, six-year-old son Allu Ayaan and three-year-old daughter Allu Arha.

Coincidentally, Allu Ayaan celebrated his sixth birthday on 4th April, 2020. The Telugu actor and his wife put together a homemade cake for their son, made of a whole donut and Ferrero Rocher chocolates on the sides. Take a look at their preparation:

Allu Arjun is best known for his role in the 2004 romantic thriller 'Arya', which was the debut directorial of Telugu director Sukumar. The duo will be reuniting for the project 'Pushpa' whose poster the actor released on his birthday. We wish Allu Arjun all the very best for all his film and food endeavours!