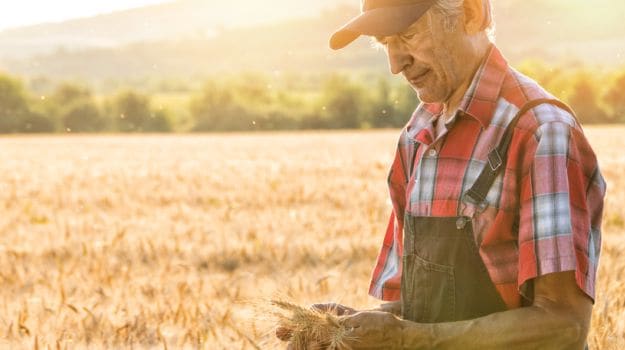 Each year New York farmers give millions of pounds of apples, squash, corn or other agricultural products to the state's food banks. Now they're looking to get some credit for those good deeds — a tax credit. Legislation awaiting action by Gov. Andrew Cuomo would offer farmers a tax break of up to $5,000 a year for donations to the regional food banks that serve hundreds of food pantries, soup kitchens and homeless shelters around the state. Many farmers often donate surplus fruits and vegetables or products they can't sell because of a superficial imperfection. Sometimes an apple is too small, a melon is too big, or a squash has a slight blemish.

"You can't sell it, but it's still a good squash and somebody can use it," said Larry Eckhardt, who grows pumpkins, corn and other crops on his 1,100-acre farm in Rensselaer County. "To me as a farmer, and as a fellow resident of Earth, we need to help out whenever we can. Because there are some truly needy people out there."

The federal government already offers a tax credit to farmers who donate goods to food banks. Several states have created their own tax credits, including California, Oregon and Colorado.
Food banks welcome the donations, which give struggling New Yorkers access to healthy fresh fruits and vegetables. Last year farmers donated 12 million pounds offood in New York, and advocates for emergency food programs say there's an appetite for more."There is widespread need for fresh fruits and vegetables in New York's food emergency system," said Susan Zimet, executive director of Hunger Action Network of New York State, which advocates for the state's food banks. "Unfortunately, it is often prohibitively expensive for farmers to donate their food due to steep harvesting, processing, and transportation costs."

An estimated 2.3 million New Yorkers rely on emergency food programs like the ones offered by food pantries, and more than a third of them are children. Nearly 3 million households in the state participate in the federal Supplemental Nutrition Assistance Program, known as SNAP. Research by the Centers for Disease Control and Prevention have shown poorer families are less likely to have access to fruits and vegetables, a cornerstone of a healthy diet.Republican Sen. Rich Funke, the sponsor of the tax credit, said the tax credit seems like an obvious way to put the state's agricultural resources to work.

"It's a small thing that we can do to encourage farmers to donate," he said lawmakers passed the tax credit last year, but it was vetoed by Gov. Andrew Cuomo for technical reasons because lawmakers chose to handle it outside of the standard state budget-writing process. Supporters say the tax credit won't cost the state more than $800,000 each year — a tiny fraction of the state's $156 billion state budget. The credit remains a priority for the state's Farm Bureau, which represents the state's 35,000 farms.

Cuomo hasn't weighed in on the bill so far this year, though his administration has taken other steps to give poor New Yorkers access to the state's agricultural products. The state has expanded programs allowing SNAP benefits to be used at farmers markets and has funded projects to locate farmers markets in low-income neighborhoods. The state is also working to use more New York farm products in school lunch programs. "We have an opportunity," said Richard Ball, Cuomo's agriculture commissioner, who is himself a farmer. "We have 31,000 people per square mile in the Bronx, and many don't have good access to fresh fruits and vegetables."