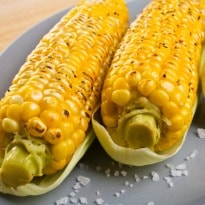 There is no match to a crisp cob of sweet corn which is one of summer's simplest pleasures. But, few myths keep many people away from this delight and that's a shame! We've busted some of the biggest misconceptions that surround sweet corn.

Your body cannot digest corn - While it's true that corn has high amounts of insoluble fiber but this is not at all a bad thing. Insoluble fiber has been shown in research to help feed the "good" bacteria in our gut.

Cooking corn makes it less nutritious - Corn is great source of carotenoid antioxodiants which are actually enhanced on cooking. Besides this, cooking sweet corn increases the levels of ferulic acid which is known for its anti-cancer properties. (More: 10 Best Corn Recipes)

Listen to the latest songs, only on JioSaavn.com
Corn isn't a good source of nutrients - Corn contains a certain amount of vitamin B and C, as well as magnesium and potassium. Yellow corn is also a good source of antioxidants, which are good for eyes.

You shouldn't eat corn because it's really high in sugar - You don't stop having bananas just because you think they're high in sugar. Then why should you do the same for corn? A cob of corn has around 6 to 8 grams of sugar, while a banana has about 15 grams of sugar.With inputs from huffingtonpost.com