Food Waste Is Becoming A Serious Economic and Environmental Issue 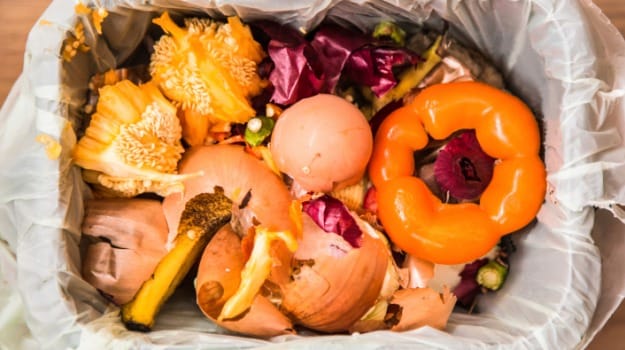 With millions of U.S. households struggling to have enough to eat, and millions of tons of food being tossed in the garbage, food waste is increasingly being seen as a serious environmental and economic issue.

The report estimates that a third of all the food produced in the world is never consumed, and the total cost of that food waste could be as high as $400 billion a year. Reducing food waste from 20 to 50 percent globally could save $120 billion to $300 billion a year by 2030, the report found.

"Food waste is a global issue, and tackling it is a priority," said Richard Swannell, director of sustainable food systems at the Waste and Resources Action Program, or WRAP, an antiwaste organization in Britain that compiled the new report. "The difficulty is often in knowing where to start and how to make the biggest economic and environmental savings."

The food discarded by retailers and consumers in the most developed countries would be more than enough to feed all of the world's 870 million hungry people, according to the Food and Agriculture Organization of the United Nations.

But it is not just those countries that have problems with food waste. The report showed that it is also an issue in African countries like South Africa.

The problem is expected to grow worse as the world's population increases, the report found. By 2030, when the global middle class expands, consumer food waste will cost $600 billion a year, unless actions are taken to reduce the waste, according to the report.

Food waste is not only a social cost, but it contributes to growing environmental problems like climate change, experts say, with the production of food consuming vast quantities of water, fertilizer and land. The fuel that is burned to process, refrigerate and transport it also adds to the environmental cost.

Most food waste is thrown away in landfills, where it decomposes and emits methane, a potent greenhouse gas. Globally, it creates 3.3 billion metric tons of greenhouse gases annually, about 7 percent of the total emissions, according to the report. The U.N. agency points out that methane gas from the world's landfills are surpassed in emissions by only China and the United States.

"Seven percent is not the largest contributor of greenhouse gasses, but it's not an insignificant amount," said Helen Mountford, the director of economics at the World Resources Institute. "But this is one area - reducing food waste - where we can make a difference."

Over the past several years, some U.S. cities and counties, including New York City, have started programs to tackle the issue. Hennepin County, Minnesota, the state's most populous county, provides grants from $10,000 to $50,000 to local business and nonprofits to help recycle food products or turn them into compost.

"There is still a lot in the waste stream," said Paul Kroening, supervising environmentalist at Hennepin County Environmental Services. "We are just scratching the surface."

A coalition of food industry trade groups, the Food Waste Reduction Alliance, has also increased efforts to combat food waste. Meghan Stasz, the director of sustainability for the Grocery Manufacturers Association, a member of the alliance, said the group was working with supermarket chains to reduce waste by clarifying expiration dates and selling smaller portions of food.

Stasz said the group was also getting its members to donate more food and make changes in manufacturing processes to reduce the amount of wasted food. One member, the giant food company ConAgra, changed the way it placed dough in shell for its potpies and saved 235 tons of dough in a year. Swannell applauded those efforts but said more still needed to be done.