However, if you are one of those who like to experiment with their food, try this cheesy version of pav bhaji. 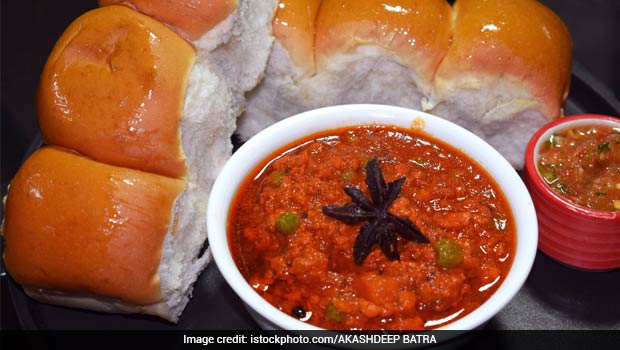 This new version of pav bhaji that is sure to impress your family and friends.

It's the foods like chole bhature and pav bhaji that make Indian cuisine what it is. We don't think there will be any one in the country who doesn't like spicy tangy bhaji served with buttered up pav and onions and chutney on the side. Every time we eat pav bhaji, we fall in love with it all over again. Bhaji is made with a whole lot of veggies mixed together that creates a mash-up of different flavours. And the best part about this dish is that you can pick any veggies of your choice to prepare it. Bhaji can be made differently with different veggies but what remains constant is the flavours from pav bhaji masala and tanginess from a bundle of tomatoes. And, of course, the blob of butter melting and seeping into the bhaji is the highlight of the dish.

However, if you are one of those who like to experiment with their food, try this cheesy version of pav bhaji that makes cottage cheese (paneer) the star of the dish. Paneer is another popular and important part of Indian cuisine. Think: shahi paneer, matar paneer, paneer pakoda and so on. We all love paneer in its various forms and this paneer pav bhaji will be no exception.

(Also Read: Give Your Regular Pav Bhaji An Interesting Twist For Your Next House Party)

Paneer or cottage cheese is soft and creamy.

How To Make Paneer Pav Bhaji:

Method -
Step 1 - Cook the veggies with water and some salt in a pressure cooker and keep aside.
Step 2 - In a kadhai, heat some oil or butter and cook onions and tomatoes with all the spices.
Step 3 - Add the boiled vegetables and mix well. Then mash the mixture and add some water for a paste-like consistency.
Step 4 - Now, add half of the grated paneer and combine with the mixture. Let it cook along with the paste for a minute.
Step 5 - Turn off the gas. Top the bhaji with coriander leaves and rest of the grated paneer as a garnish.

(Also Read: Here's A Recipe Of Spicy Pav Bhaji That You Must Try)

For this recipe, you can use any vegetables of your choice but don't forget add paneer to make a unique, new version of pav bhaji that is sure to impress your family and friends.