Is Tequila Good For Health? Here's Why It's Believed To Be

Tequila is believed to be healthier than other alcoholic drinks and have a number of health benefits, including promoting bone growth. Is it really healthy though? 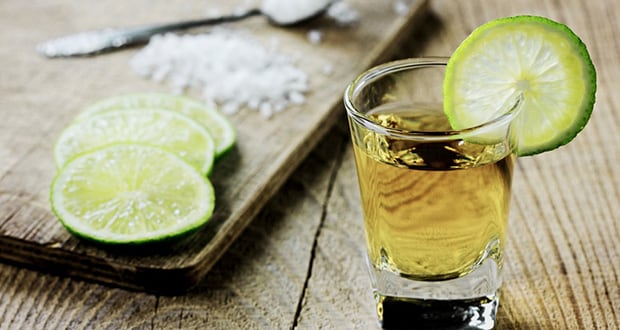 Highlights
Is there such a thing as 'healthy alcohol'? If certain individual studies on the effects of tequila are to be believed, then there sure is! The Mexican alcoholic drink is touted to be healthier than other drinks like whiskey or vodka because of some supposed health benefits that it has. That seems extremely odd because the drink has got a bad reputation as hangover causing liquor.

Tequila is made from the blue variety of Agave tequilana plant that is native to Mexico and is also used to produce natural sweetener called the agave nectar as substitutes for sugar. Although the agave nectar is supposed to have a lot of health benefits and hence, is widely consumed across the world, tequila can hardly be considered a health drink! However, there are people who believe in the health benefits of having a shot of tequila every day. Why is that so?

How is Tequila Made?

Tequila is produced from the blue agave plant that is cultivated, tended to and harvested locally in Mexico, by farm experts, especially for the production of alcohol from them. The juice of the plant is extracted, poured into large wooden or stainless steel vats and kept in them for several days for fermentation. This produces a drink with low alcohol content. This is then distilled twice to produce clear silver liquid that is the finished product.

Scientists at Center for Research and Advanced Studies in Mexico have found compounds in the tequila plant that help boost bone growth. They conducted experiments on mice that were fed the plant over a period of eight weeks. The scientists were able to detect a protein that indicates bone regeneration, from the bone sample that was extracted from the mice, after the end of the period. The study was said to be helpful in treating osteoporosis in older humans.

Tequila has been proven to promote bone growth.

Tequila was found to help in bone growth and regeneration by boosting the absorption of calcium from blood. Moreover, the drink has a class of fructans called inulin that are prebiotic in nature. Inulin is low in calories, hence giving the tequila a good reputation with health freaks. It's also a food source for the good bacteria living in the gut, hence promoting the growth of such bacteria. As is with all alcoholic drinks, tequila is also capable of numbing pain. It acts by dilating blood vessels and transporting blood to all parts of the body, hence, lessening physical pain.

Additionally, tequila has been known to act as an appetite booster, if a small amount of it is taken before a meal. If taken after a meal, it may boost digestion too. However, too much of tequila, or any alcohol for that matter, is obviously detrimental to health.

Clinical Nutritionist Rupali Datta says, "For starters, the experiment (in the study cited above) was conducted on animals in Mexico and it has been proven to promote bone growth in them only. The alcohol does have a sugar called inulin that is a probiotic and promotes the growth of healthy bacteria in the stomach. But again, if you take too much of it, the alcohol content will negate all the bacteria naturally found inside the gut. So, one tequila shot after your meals might improve digestion, but if you overdo it, then it's obviously bad for you."

CommentsThe final word is that anything in excess is anyways bad for your health. In case of alcohol, be it wine or tequila, overdosing is dangerous and potentially fatal and hence, never recommended.