Japanese Spirits: Try One Of These Spirits On Your Next Trip To Japan

Japan produces a range of high quality alcoholic spirits. From single malts to local liqueurs to terrific beers you will be spoilt for choice. 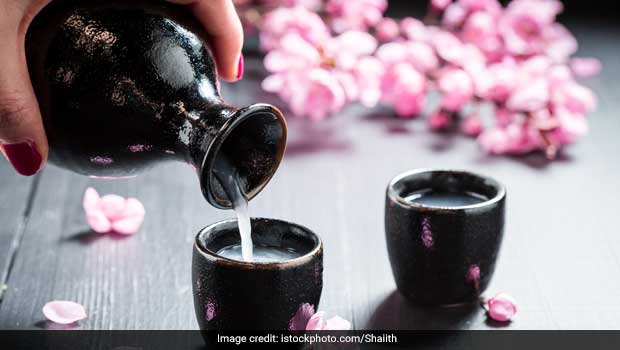 It's snowing incessantly in Sapporo, the largest city in Japan's northern most island - Hokkaido. The interiors of a vibrant izakaya provided the perfect comfort from the sub-zero temperatures of a typical winter's evening in Sapporo. If you've ever been to any of Japan's big cities, there's a good chance you would have wound up one of your evenings at an Izakaya. The Japanese version of a pub, the after-hours hangout where Japanese truly let their hair down.  The term Izakaya owes its origin to the Japanese words  I (to stay) sakaya (sake shop). These were essentially sake shops that allowed customers to linger in their premises with their drinks.

Sake is one of Japan's best known alcoholic beverages but there's more on offer at Izakayas than just Sake. Japan produces a range of high quality alcoholic spirits. From single malts to local liqueurs to terrific beers you will be spoilt for choice:

Sake: Most Japanese refer to sake as Nihonshu to differentiate it from sake - the generic term for alcohol. A good sake is not just about its ingredients - rice, water, koji mould and yeast, but a process that has been perfected over centuries. It's a key element in the island's food and drink culture. Sake connoisseurs can be more picky than wine aficionados when it comes to complexities, tasting notes and the subtle nuances. But for an occasional sake drinker it's enough to know that ginjo and daiginjo are the most flavourful types of premium sake. The quality of the sake improves with the polishing of the rice; ginjo refers to sakes where at least 40% of the rice is polished while the corresponding number for daiginjo is 50%. The other thing to look for on bottles or menus is the reading on nihonshudo. Sakes are usually ama-kuchi (sweet) or kara-kuchi (dry) and the nihonshudo is a sake meter that swings from -15 (extremely sweet) to 15 (extremely dry).

(Also Read: 5 Famous Varieties Of Ramen You Must Try In Japan)

Shochu: Over the last few years, Umami cocktails with savoury flavours are the new sensation in posh bars across the US. Shochu is one of the key ingredients in some of these cocktails. Shochu often gets confused with Soju, its Korean counterpart with a similar flavour profile and their mild alcohol strength (20-30% A.B.V.) Unlike the Korean Soju, Shochu is not distilled multiple times and is crafted with ingredients like sweet potatoes, molasses in addition to the rice. Aside from water or sparkling water, many Japanese also combine Shochu with oolong tea.

Whisky: Japan's whisky industry is just a century old and owes a lot of its success to Scotch whisky. Many of the country's whisky pioneers learnt their craft in Scotland. But over the last decade, some of Japan's premier single malts have upstaged their Scottish counterparts winning  awards at some of the key industry events and developing a cult following among whisky connoisseurs who continue to be stunned by some of the country's fine malts. I made time to visit Yoichi, in Hokkaido, home to one of the country's best known Japanese brands that organises small batch tours within their distillery. You can also visit reputed distilleries in Yamanashi and Miyagi Prefectures. Some of Japan's 12 and 15-year old whiskies don't just stand out with their flavour profiles but also the ornamental packaging and collector's edition bottles. You will also find Whisky Highball (pre-mixed whisky with soda water and a low, 5-10% alcohol content) cans - an alternative to canned beer, in many restaurants and supermarkets.

Umeshu and Yuzushu: Japan's cherry blossom season (in Spring) is a popular time for tourists. The plum is also associated with the onset of spring and the event is celebrated with plum festivals (ume matsuri) in many parts of Japan. Plums (Ume in Japanese) are also used extensively for Umeshu, a sweet and somewhat sour liqueur that's easy to drink. Just like home-made wines, Umeshu is commonly made at home and tastes best on the rocks. Quite a few bars also serve a Umeshu Sour (Umeshu sawa). And then there's the Yuzushu, a liqueur made with the extract of the Yuzu (or Japanese citrus) that's a great addition to gin-based cocktails or just as a refreshing drink on the rocks.

Plums (Ume in Japanese) are also used extensively for Umeshu, a sweet and somewhat sour liqueur that's easy to drink

Beer: Sapporo is more than just Japan's winter sports hub; it's also a magnet for foodies and beer fans alike. One of the stops on my last visit was the city's historic beer museum. The cities of Sapporo and Yokohama boast of a beer heritage that goes back to the 19th century. Sapporo's beer is no longer just celebrated in Japan but is widely exported. Beer is not just popular at Izakayas, the country has also seen a wave of craft breweries.

You can add these spirits to your 'must-try list' for the next time when you're in a Japanese restaurant or on your next trip to Japan.