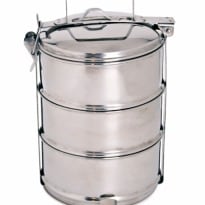 They daily serve home-cooked food to over 200,000 Mumbaikars, on occasions putting their own lives at risk. They've been the subject of a Harvard study and have been invited to attend a royal wedding. Now, the world-renowned dabbawalas are planning to secure the lives of their 5,000 strong workforce. The 120-year-old foundation is also planning to provide food to street children.

Realising that its semi-literate employees were exposed to road mishaps and accidents as they rushed to deliver home-cooked food in time, the Dabbawala Foundation (DF), in association with NGO The Happy Life Welfare Society, has started providing them medical cover, opened bank accounts and secured pan cards for its employees.

"Many young executives join us as interns to understand our efficient business module. It was one of them who recommended we give benefits to our workforce. We had never thought of providing medical cover or insurance or post-retirement benefits to our workforce, but it was a good idea," Dabbawala Foundation vice president Abhishek Dinkar Ekal told IANS.

"They (the dabbawalas) live a precarious life to meet the deadline and deliver on time. They jump signals and are sometimes hurt in the act. As 85 percent of our workforce is illiterate, we thought it was a good idea to provide them other benefits," he said, adding that they have started providing medical aid, free health check-ups and educational assistance to their children, among others.

The foundation was registered in 2012, said Ekal, who was in the capital for an interactive session "The Dabbawalas of Mumbai" organised by FICCI Ladies Organisation (FLO).Ekal said apart from this, the foundation has also launched a "Share My Dabba" campaign.

Under this initiative, a red sticker is given to all customers with a request to stick it on their dabbas if there is food left in it.

"If the dabba has this red sticker, our collector will give it to a volunteer from the NGO, who will empty it immediately. The dabbawala will continue with this journey while the volunteers will put together the food and share it with destitutes," said Ekal, adding that a lot of convincing was required as not many were comfortable with the idea of sharing their tiffins.

"It still is difficult as many people don't want to share their dabba," he said, adding that 40-50 children are fed every day.

"But things will change, as it takes persistence to change mindsets, but it gives immense satisfaction to share food with these children," he added.

Customers are charged between Rs. 400 and Rs.800, depending on the size and weight of their tiffins. A dabbawala on an average earns anything between Rs. 6,000 and Rs,8000 and in some cases, even more.

The dabbawalas' perfect business module has made it to the Harvard Business Review as a case study. Interestingly, its genesis lies in a Parsi banker's love for warm, home-cooked food that made him give responsibility to the first ever dabbawala to deliver his tiffin box.

The concept quickly caught on with fellow workers. Its popularity soared manifold in the last several decades. So much so that a delegation of dabbawallas was invited to attend Prince Charles' wedding with Camilla Parker-Bowles in April 2005 in London.

There is a complex alpha numeric coding system for these tiffins, and it is done in such a way that it is easily understood by the collector and the delivery man. Apart from collecting the dabbas from housewives they also collect them from community kitchens.

"Over a period of years, our coding systems have changed. Today we follow a basic green and red marking system that is designed in such a way that these illiterate people can understand," said Ekal.

With an effective system in place, the dabbawalas have featured in many documentaries and delivered lectures. The latest to join the bandwagon is the heart-warming love story of "The Lunchbox", in which a wrong delivery leads to exchanges of notes through dabbas.

Listen to the latest songs, only on JioSaavn.com
"Such tiffin exchanges happen in movies and not real life," said Ekal with a smile, but pointed out how a couple actually exchanged movie tickets through their service.

"We are the heart and soul of the city and its people who are received with a warm smile and respect," he added.

Indian Cooking Tips: Make Curry Powder With Different Spices For All Indian Curries (Recipe Inside)
Kilanji Recipe: A Rice And Egg-Based Dessert That Is Light And A Tasty Sweet Dish