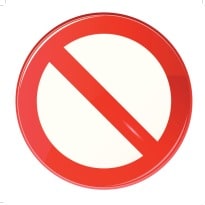 Nepal on Thursday banned the sale of chicken after health workers found cases of bird flu at several poultry farms on the outskirts of the capital Kathmandu, officials said.

Officials at Kathmandu District Animal Health Office said the government had imposed a week-long ban on the supply and sale of poultry products to prevent the H5N1 virus from spreading to humans.

"We have taken this decision to save both human lives as well as the industry," said Bolraj Acharya, the head of the office.

He said authorities could extend the ban unless the virus was under control within a week, adding that security forces had been deployed in markets to enforce the restrictions.

"We have also sent surveillance teams in the poultry farms. They will report to us if there's any violation of the ban," Acharya said.

Since the latest outbreak of bird flu two weeks ago, health workers have culled 220,000 chickens and destroyed more than 400,000 eggs at 30 affected farms, said Bijay Kant Jha, the head of the government-run Directorate of Animal Health.

Listen to the latest songs, only on JioSaavn.com
"This is the biggest outbreak in Nepal so far," he said.Nepal's first outbreak of bird flu in poultry was in January 2009.

CommentsH5N1, a common strain of bird flu, killed 377 people globally from 2003 until July 5 this year, according to the World Health Organisation.